Phoenix Suns Offseason Kicks Off, News Was Made

Phoenix Suns President of Basketball Operations Lon Babby held a press conference to talk about his plans and answer questions about rebuilding the team.

Share All sharing options for: Phoenix Suns Offseason Kicks Off, News Was Made

The Phoenix Suns face (another) very important offseason. The last time they were in this position was the summer of 2010 when Amare Stoudemire and Steve Kerr left and owner Robert Sarver made a series of personnel moves as the acting GM that didn't turn out so well. 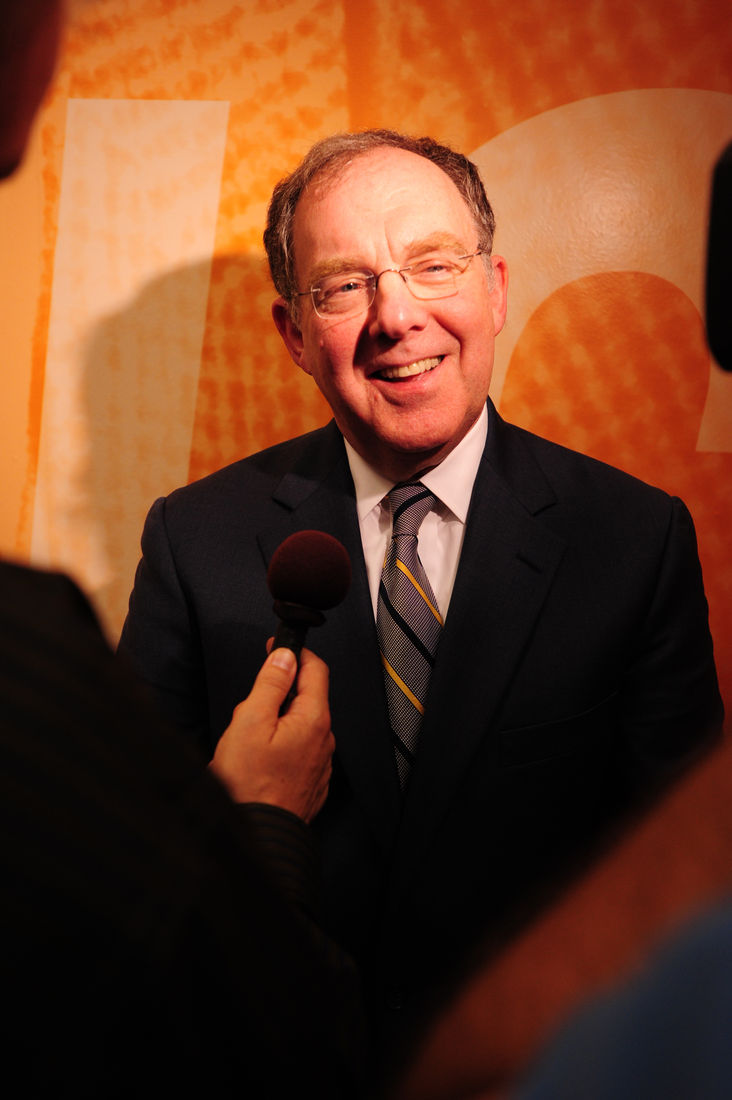 Lon Babby attends a press conference where the Phoenix Suns named him the President of Basketball Operations on July 20, 2010 at U.S. Airways Center in Phoenix, Arizona. (Photo by Barry Gossage/NBAE via Getty Images)

This time, it's President of Basketball Operations Lon Babby who will be in the driver's seat when it comes time to make the big decisions that will determine how fast (or if) this franchise returns to prior glory.

Babby invited the local media to the Sun's offices for a "Lunch with Lon" session that included, yes, a free lunch and then an hour-long session with the man who will determine the direction of the Phoenix basketball team over the next few months.

The meeting began (after the free lunch) with opening prepared remarks from the former trial attorney who defended the crazy man who shot President Reagan and then went into a period of direct examination of the witness.

Mostly it was a reiteration of philosophies and positions we've heard before but there was some definite news made:

1) Alvin Gentry has one year left on his contract but don't expect an extension any time soon. Babby extended Gentry in 2010 so his final year wouldn't fall in a lockout season and also so the two men would share the same term on their deals.

"My view is if a person has a three-year contract you assess it at the end of three years. That's how I'm going to be judged. I've talked to Alvin about it, he's perfectly fine with that, and you know, there are a lot of very successful coaches in the league right now coaching in the final year of their contract. This notion that somehow you have to always be one year ahead, I don't think it's in his best interest, I don't think it's in our best interest but it has absolutely nothing to do with an assessment of his coaching ability or his performance. He understands that. He's our coach."

2) Aaron Brooks will be a restricted free agent this summer. Because he wasn't with this team this year they can't package him in a sign-and-trade but they will extend him the qualifying offer (~$3m) to retain the right to match any offer he receives on the market.

Babby said they were unlucky that Brooks went to China when he did and that the door is still open on judging the trade that brought him to Phoenix and sent Goran Dragic and a first round pick to Houston. However, he said, if the trade turns out to be bad, the team will not make progress by looking back.

3) Robin Lopez will also be an restricted free agent this summer and Babby said, "the message I would send out is that it's quite likely, if not certain that we're going to match."

Babby said that the team was committed to helping Robin this season as he continued to recover from his back injury in March 2010 and that he was "excellent" after the All-Star break. They would like to see Lopez be more consistent but they value him as a rim protector.

Beyond those news items, Babby reiterated the team's goal is to be an elite team that competes for a championship every year. Right now, they are in a transition process to get there and determined the best way to do that was to maintain their salary cap flexibility going into this offseason.

The team could either make trades using the cap space to take on salaries or use the room to sign free agents.

Babby also said it is possible the team would end up signing one-year deals as they did last offseason which would be better than giving long-term deals to the wrong players. They are committed to remaining disciplined in that process despite heavy pressure to make moves to immediately improve the team.

One big topic, as always, was free agent Steve Nash. Babby commended Nash for how he handled this season's round of trade rumors and would like him to return to the Suns to finish his career.

"We've got to go down a road with him and see if we can find a common path, a path that makes sense for him and then makes sense for us. Everyone here wants Steve Nash to retire as a Phoenix Sun, and we're going to work very hard to work with him to see if that can happen, but it's got to be not only good for him but it's got to be good for us and he understands that.

"What I would say about it at this very early stage is that every indication we've gotten from Steve is that not only is our spirit willing to make this happen, but his spirit is willing as well. That doesn't mean it's going to happen, we respect his right to look around, but we will work hard with him to find common ground and we'll see where it ends up."

Babby gave a strong indication that Grant Hill will be back with the Suns if he decides he's healthy enough to continue playing. "I don't want to speak for him, but I can't imagine he'd want to play anywhere else...I would be extremely disappointed if he played somewhere else."

As with most anything in sports, the proof is on the scoreboard. The Suns have been a mediocre team for the past two seasons and missed the playoffs three out of their last four seasons. Babby and his staff stepped into a difficult situation but they understand they will be judged based on the results.

If the Suns want to win back their spot as the top sports team Phoenix, they will need to do it on the court. Whether they can pull that off as soon as next season remains to be seen. It won't be easy.

For more discuss of the Phoenix Suns, visit Bright Side of the Sun.