Share All sharing options for: NBA Playoff Schedule: Lakers And Bulls Must Rebound From Game 1 Failures

Both NBA Playoff series on Wednesday's schedule started in surprising fashion with both favored home teams dropping Game 1 against underdog opponents. The Los Angeles Lakers built a big lead against the Dallas Mavericks before reverting back to their overconfident, lackadaisical ways and falling behind 0-1 in the series. The Chicago Bulls were simply outplayed by the Atlanta Hawks in their Game 1 loss. Jamal Crawford and Joe Johnson dominated the back court match up against MVP Derrick Rose and the Kieth Bogans/Ronnie Brewer/Kyle Korver combo.

The Lakers have the experience, talent and history of bouncing back from a bad game and they certainly have no problem winning on the road. The Bulls, however, are going to need Derrick Rose to do more than be a volume shooter who's inefficiency is hurting his team. Rose is shooting 37.9 percent from the field in the playoffs and still taking nearly 20 shots per game. Time to pass the ball Derrick and get your teammates involved in the offense.

Game 2 of the Bulls vs. Hawks tips off at 8:00 p.m. ET / 5:00 p.m. PT on TNT. The Bulls won the front court battle with the Hawks playing their small line up with Al Horford at center. It's the Bulls perimeter defense that has to do a better job on Johnson and Crawford. Of course, what are the chances that Joe Johnson will go 5-5 from three again?

Game 2 of the Lakers and Mavericks starts at 10:30 p.m. ET / 7:30 pm PT on TNT. All signs point to a Lakers blow out here. Pau Gasol must have learned his lesson from Game 1 and realized that he can't underestimate the Mavericks and only play 60 percent of the game at full effort. 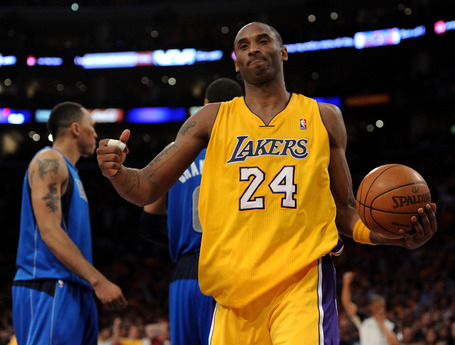