I am not sure if there's another Arizona sports star since Charles Barkley that has caused so many mix feelings from fans. Amare Stoudemire could go from villain to hero to goat all within the span of a few minutes of basketball. He would have a huge pick and roll slam and be the greatest thing ever, then just moments later there would be a lazy block out and poor defensive rotation and he's a disappointment.

Off the court, we watched Amare slowly mature from the high school kid who first showed up in Phoenix in 2002 to the guy who's failed attempts at leadership just seemed clumsy and tone deaf. One thing that we never questioned, however, was his desire to be great.

That quality, which shows up in Stoudemire's work ethic and drive is what's made him a star in New York.

After his Knicks got swept from the first round of the NBA Playoffs by the Boston Celtics, the reports from the normally acerbic New York media are glowing. 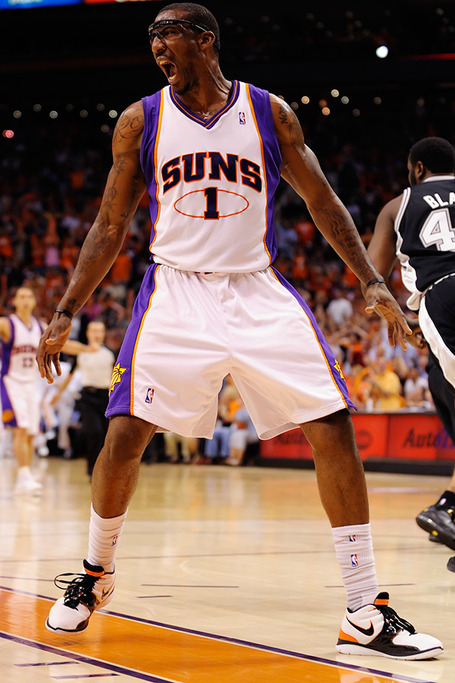 Stoudemire was at his Garden locker, his workplace, looking and sounding like he belonged under a hard hat. He was asked if he could absorb the contact he avoided in Game 3, when the prize $100 million catch would've given it all back to play a game of two-hand touch instead, and suddenly Stoudemire's eyes lit up the room.

Perhaps an even more surprising convert is Mike D'Antoni. The former Suns' coach had seen Amare through his immature years and never bonded with the young star. Amare famously called out D'Antoni after the 2007 season before the decision had been made to replace the coach.

The two obviously repaired their relationship and D'Antoni had nothing but positive reviews for Amare's leadership as a Knick.

"I just don't think we can congratulate him enough," D'Antoni said. "Amare started the year the way he ended it, all heart."

It's great to see Amare's development as person and as a player. He's not without flaws in his game, but Suns fans know that one thing you can never question about Amare is his desire.