The Phoenix Mercury opened up their training camp with an interesting battle for the point guard position and a surprise change for one player.

The Phoenix Mercury opened training camp for the 2012 WBNA season this week. They have a rather large roster of 19 training camp attendees which will be cut down to 11 by the middle of May. Actually, there will only be 10 active players on the roster this season with one spot being held for Penny Taylor who's ACL injury will keep her out for the season.

Of those 10 spots, four are locked up by the team's four core players (Diana Taurasi, Candice Dupree, DeWanna Bonner and Charde Houston) with another three almost certainly going to Nakia Sanford, Andrea Riley and sixth-overall pick, Samantha Prahalis. Barring any major surprises or injuries, that leaves this camp a competition between 11 players for three spots. 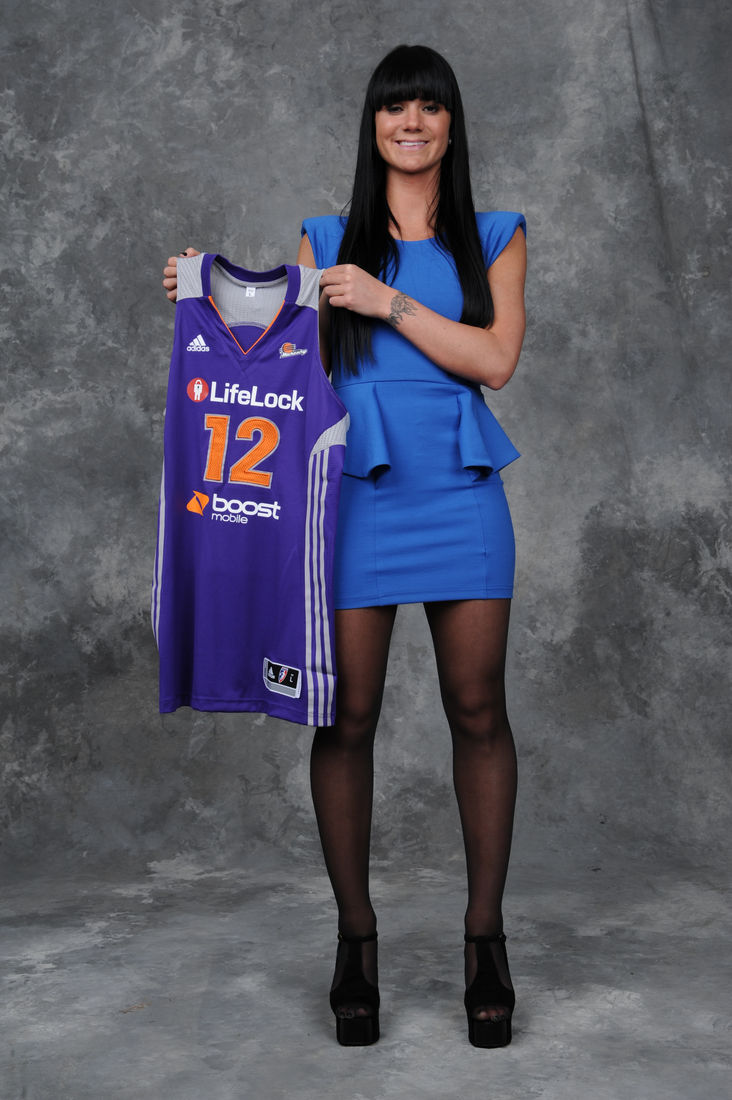 The team will almost certainly also need another big and Krystal Thomas, who came into camp in great shape, has to be considered a front-runner for the backup job at center.

Where do the other two spots go? That remains to be seen but my money would be on Alexis Hornbuckle and Alexis Gray-Lawson. Hornbuckle reportedly looked great in her first day but injured her foot and missed practice on Tuesday. Gray-Lawson played well as a rookie last season and looked fantastic when I watched her on Tuesday, but more on that in a bit.

So, just for fun, here's my early guess at how the 11-player roster (with only 10 active) will shape up. I'll almost surely be wrong when it's all said and done, but here it goes:

We could see Bonner finally move into the starting lineup but I suspect she will continue to come off the bench as backup to pretty much any position other than point guard (although she can and certainly will defend the one at times). Then again, Houston off the bench does provide a scoring punch to the second unit. It's a toss up, and I'd be surprised if Gaines has made a decision so early in camp.

There's actually a lot of flexibility with this group and ultimately, the best five players on the team will likely close games (Taurasi, Houston, Bonner, Dupree, Sanford) with the option of going small with Bonner and Dupree up-front and one of the guards or wings slotting in depending on match-ups, game situation and the hot hand.

It's going to be interesting to see how that plays out.

Houston To The Wing

The biggest surprise so far in camp was coach and general manager Corey Gaines moving Charde Houston to the wing.

It's an ajustment for Houston, but one she thinks works well for her, "It seems like every time I catch it's in a spot I'm comfortable with so it's just mainly adjusting...I'm really excited about it, of course it will take a lot of work just to come in being used to coming off ball screens, making decisions, making sure I know where each player is supposed to be on the floor. So, it's a lot more responsibility, but at the same time I have a good amount of time to prepare for it so I think I'll be OK."

Houston feels like she has the ability to adjust to handling the ball more and reacting to the defense. In essence, she's moving into that hybrid wing role that Penny Taylor has played for the Mercury.

This will certainly be something to watch in the one preseason game and early in the regular season. I have no idea if Houston can handle and distribute the ball from the perimeter nearly as well as Taylor, but you can certainly see why Gaines would want to make this move.

It's only one day, but the player who stood out to me over about an hour's worth of practice time is "sophomore" guard Alexis Gray-Lawson. She was a vocal leader on both ends, motivating and instructing younger players and she led by example with the intensity, physicality and tenacity of her play. At one point, she boxed out a much bigger player and grabbed an offensive rebound that most guards her size would have no chance at.

"Ultimately, it's to win a championship so you have to come in here ready and prepared. It's a little bit less nerve-wracking than last year being a rookie and all," she said.

Gray-Lawson was one of several players who seemed physically ready for the extreme high tempo of a Phoenix Mercury practice. Alexis said she came in a few pounds lighter and ready to go and she certainly looked that way.

Battle Of The Point Guards

Odeen Domingo at the Arizona Republic outlined the competitionfor the only likely open starting job which is at the point guard position.

It's very early in this process but right now, and with Hornbuckle unable to practice the top two PGs in the rotation were the rookie, Samantha Prahalis and Andrea Riley with "Sammy" running the first unit. Again, it was just one day.

As expected, Prahalis is impressive in person with her court vision but how she handles the physical nature of the WNBA is something to keep an eye on. Riley looked a bit slimmer to me from what I remember of her rookie season with the Sparks and she definitely showed her feisty side.

Watching these two battle for the top job over the next three weeks will be fun. I'd be shocked if they don't get into each other a few times in practice, but that's a good thing. They complement each other's skill sets with Prahalis as the better pure point and better passer and Riley a better shooter and defender.

The one wildcard on the training camp roster, in my opinion, is second-round pick C'eira Ricketts. Ricketts is a 5-9 guard with excellent speed and athleticism. She is a potential game-changer in the way Daniel Robinson was for the Silver Stars last summer.

Gray-Lawson and Hornbuckle bring a lot of the same things to the table (rebounding, toughness, size) so it could be that Ricketts replaces one of them to provide a different look and more speed. We'll keep an eye on her during camp.