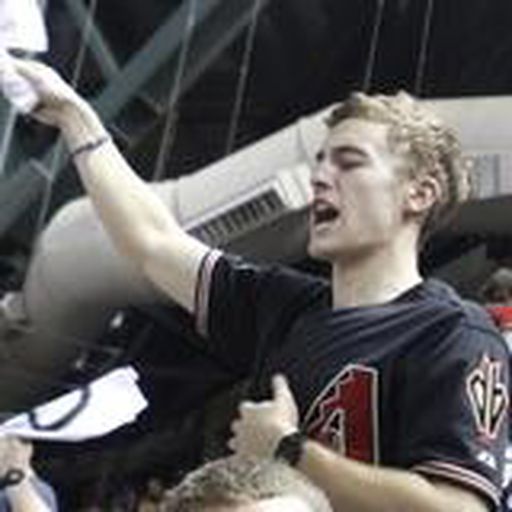 I am currently a student at the Walter Cronkite School of Journalism and Mass Communication and an Arizona native born and raised. My infatuations include every professional Arizona sports team besides the Arizona Cardinals (I’m a Denver Broncos fan so I’m not entirely suicidal). First and foremost though comes ASU and everything ASU sports. Beyond that, I’m an obsessive pop culture nerd whose head is crammed full of too much useless information to keep track of. About 78% of what comes out of my mouth is recycled from a movie of TV show somewhere. Someday I hope to be either a sports columnist or screen writer. Or a space cowboy. I haven’t decided yet.

Bill Snyder has been through it all during his time at Kansas State. He's even turned down NFL jobs.

Selecting a USC quarterback in the first round has never come back to bite the Cardinals in the ass, right?

Thunder, Sixers on tap for Suns this week

Things won't be getting any easier for a Suns team that is currently sitting at dead last in the Pacific Division.

Early Doucet's concussion will cost him the final game of the 2012 putting the cherry on top of a lost season.

Just because Daryl Washington is angry about being denied a trip to Hawaii doesn't mean he's going to sit around and mope.

If the Cardinals are going to have a chance at stopping Aldon Smith from breaking Michael Strahan's record, they better be praying that Nate Potter (ankle) will be healthy enough to play.

Justin Upton seems to be the most logical candidate to be flipped after the strange signing of Cody Ross.

Before you jump on the Kevin Towers hate train, you need to read this interview.

Brian Urlacher ruled out for visit to Arizona

The Cardinals will be facing a normally ferocious Bears defense at less than full strength with Brian Urlacher (hamstring) and Henry Melton (chest) extremely banged up.