Arizona State University football doesn't have the same kind of pageantry and tradition of some schools in the midwest and south. It's long been believed that Phoenix just wasn't a college football town. But we've seen a few times over the history of this team, that fans will come out if they think the team can provide just a little hope.

What will also help is the start of a new tradition, the Blackout.

When ASU unveiled their new uniforms a few months ago, the prospect of an all-black look excited fans. On Friday night, in front of a nationally televised audience, the Blackout dream came to fruition.

The uniforms look great and even better are fans decked in black filling the stands of ASU Sun Devil Stadium. Let's hope this is the beginning of a great new tradition in college football. 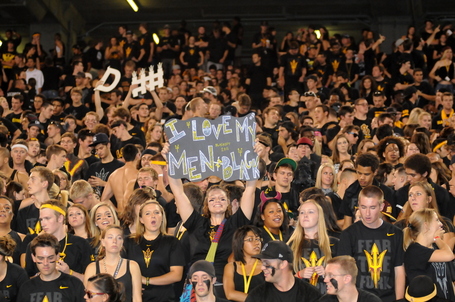 More photos from the ASU vs. Mizzou Blackout game after the jump. 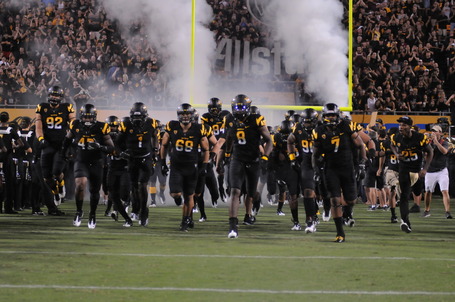 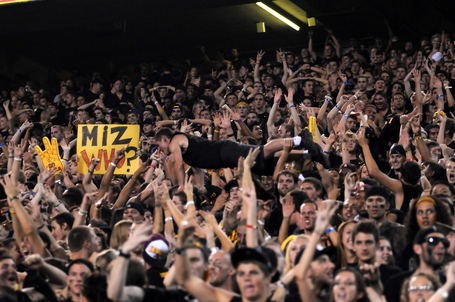 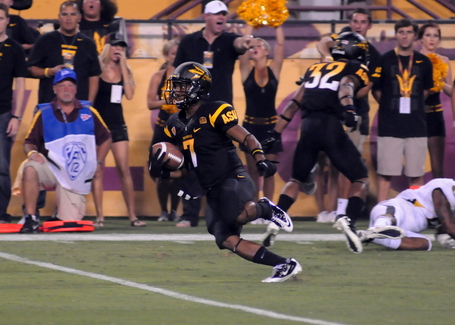