The Sun Devils have unveiled new uniforms in every game this season, starting with the traditional maroon-and-gold combination against UC Davis. Last weekend, Arizona State hosted a blackout and wore their all-black uniforms. Today, in their first road game of the season against Illinois, they flip the switch and will wear all white from helmet to shoe.

It should look like this, if this uniform generator is accurate: 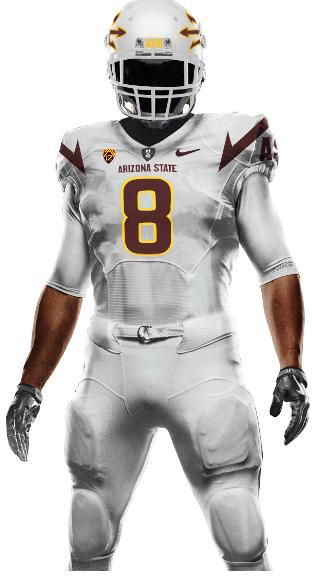 The new look is crisp, clean and has earned rave reviews on television this season. In comparison to the new Maryland uniforms, anything else has to be considered a welcome change. Who knows what the Sun Devils will try against the USC Trojans at home next week.