Dennis Erickson's time in Tempe is nearly done. So who then should take the reigns at Arizona State? Here are five excellent choices.

UPDATED: 2012 is a crucial year for the nation. It's a time when decisions will be made about our leadership that will have far reaching impact for years to come. This is a selection that should be taken seriously and be made with an assertive eye towards future growth and prosperity.

President of the United States? Pssh. No. I'm talking about something far more critical.

Who will be the next coach of Arizona State?

The season ending four game slide assured that Dennis Erickson's tenure as ASU's head coach will come to a close with the end of this season. Given her history of comfortable, status quo decisions, Lisa Love, the school's Vice President of Athletics, could conceivably keep Erickson for his final season in 2012 and beyond, but even she must now know such a move would be met with a torrent of opposition.

So with the Erickson regime now likely down to it's final few games, it's time to begin the process of finding the next leader of Sun Devil Nation.

With several prominent coaching positions across the nation open, it will be critical for the Sun Devils to strike with a quick, bold and wise choice for the next coach. They can not afford to sit back an watch as the top candidates get plucked by other schools.

What this program needs is a young and talented coach who has both a proven track record and the potential for greatness in Tempe over a period of a decade or more. ASU can't afford to go after a big name coach with baggage (sorry Mike Leach) or whose best days are behind him (too bad, Mike Bellotti) and waste another four to five years. The Sun Devils need to find someone who can plant roots here and grow a perennial Pac-12 contender.

With that in mind, here's an overview of the five candidates Lisa Love should call this week.

I covered Sumlin in great detail last week, and he remains the ideal fit for the Sun Devils.

After a very successful stint as the Oklahoma Sooners offensive coordinator where he orchestrated one of the nation's elite offenses, Sumlin took over the Houston Cougars in 2008. From his first season in 2008, his offenses have ranked second, first, eleventh and are currently leading the nation in total offense again, as well as scoring. He won the 2009 Conference USA Coach of the Year award and was a finalist for the Paul "Bear Bryant" National Coach of the Year award as well. 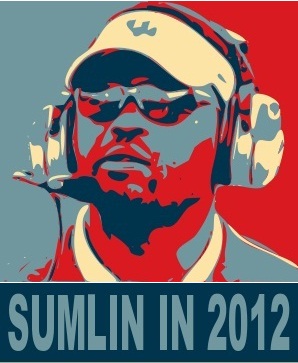 He's no slouch defensively, either. When he took over, the Cougars were among the worst defenses in the nation. Since his arrival, they've steadily improved, and now rank a respectable 60th. His defensive coordinator is Brian Stewart, who was the defensive coordinator of the Dallas Cowboys in 2007 and 2008 when they finished in the top 10 in total defense and top three in sacks each season. The 3-4 scheme has paid dividends now in it's second season in Houston, as the Cougars are 21st in the country in sacks.

Only 47, he's still young by coaching standards and his recruiting ties to the Texas region carries significant weight. He's an energetic leader and has proven ability to build a consistent winner at a non-traditional power, both assets in dire need in Tempe.

Another major positive--he's affordable. Sumlin is currently in the second season of a six-year, $6.8-million deal, and his current average salary of $1.13-million is well shy of Erickson's current $1.5-million average. The best part? His contract buyout is only $600,000. That's pocket change in major college football.

Sumlin will certainly be in high demand this offseason, and for good reason. He has all the makings of a true program changer. The Devils need Sumlin. Can Love to dip into the coffers and sweep Sumlin into office?

This is a name that has picked up a lot of steam lately, and deservedly so. Fedora has built the Golden Eagles into a perennial power in Conference USA and has had them in the top 20 this season.

He was Florida's offensive coordinator in 2004 before taking over in the same role at Oklahoma State from 2005 through 2007, and in his final year the Cowboys had the seventh ranked offense in the nation.

Since his arrival in Hattiesburg, the Eagles have been bowling every year and are in line for a 10-win season. Over the last two years, his spread offense has ranked in the top 20 in both yards and points per game. His defenses have also improved from 80th in 2009 to 26th in the nation this year.

His greatest strength, however, may be his vast recruiting network in the fertile fields of Texas.

Following the same mid-major footsteps of Urban Meyer is Butch Jones, who parlayed his tremendous success at Central Michigan into his current job with the Bearcats.

With the Chippewas, Jones made them a perennial force in the MAC, posting a fantastic 20-3 conference record over three seasons behind a powerful an innovative offense.

He then took over at Cincinnati last year, filling the vacancy left by Brian Kelly and after a bumpy debut season, he has the Bearcats in the thick of the Big East hunt at 8-3. Like Meyer, Jones is an innovator with the spread offense, but he also is overseeing a strong defense, ranking seventh against the run and 15th overall in points allowed.

Jones signed a five year deal with Cincinnati after the 2009 season and his pay is relatively cheap, with a base of $1-million plus incentives. His buyout would be $1.5-million before January 1st and drops to $1.08-million thereafter.

English would bring with him an tough minded defensive leader to Tempe, something that may be very attractive after the defense's total collapse down the stretch.

His rise to coaching fame took hold when he served as the defensive coordinator at Michigan in 2006 and 2007, molding them into one of the nation's elite units. He then served in the same capacity at Louisville for a year before taking over one of the nation's worst programs in Eastern Michigan.

He's transformed the Eagles from an 0-12 doormat in 2009 to a bowl-eligible team this year boasting the nation's 16th best rushing offense. But of course it's where he makes his biggest impact. After finishing 113th in total defense last season, the Eagles are No. 35 this year.

He also has strong ASU ties, having coaching stints  under both Bruce Snyder and Dirk Koetter. Through that, as well as his playing days at Cal, his recruiting ties to California are strong.

Just 43 years old, English's current salary is "only" $350,000 a year, so he would definitely come on the affordable side.

In the absolutely brutal SEC, he's shown significant signs of improvement with the Bulldogs, whom he led to a 9-4 mark last season. This season, Mississippi State is a game away from bowl eligibility, but considering that the top three teams in the BCS standings are all in that very division and the other team ahead of them are the reigning national champions, that is no small feat.

He's proven to build an effective offense that features innovative running schemes, and his defenses are typically stout, especially factoring in the conference competition. Mullen's recruiting base in the talent rich southeatern regions is also a very attractive trait.

The SEC carries with it prestige, but also is a massively taxing battle of attrition, and Mullen may be able to be lured away to the more open Pac-12. He may be more expensive than Sumlin, as Mullen is currently in a four-year deal averaging $2.65-million with a $1.4-million buyout.

This one is a bit of a curveball, as Smart would bring an elite defensive mind, something not typically seen either in Tempe or the Pac-10/12.

Just 35, Smart has served extensively under Nick Saban, first as LSU's defensive backs coach in 2004, then as the Miami Dolphins safeties coach in 2006 before settling at Alabama, where he was named defensive coordinator prior to the 2008 season.

Since his ascension, the Crimson Tide defense has ranked second, third and is currently leading the nation in scoring defense, allowing a ridiculous 8.4 points per game. His recruting ties are also extensive and viewed as a major asset.

Prying him away from Alabama and the SEC, not to mention other prominent schools in need of a coach, would take a hefty financial investment, as he's making $750,000 in his current coordinator role.