The Wildcats are preparing to deck Arizona Stadium out in red for Friday's rivalry game with ASU.

The Arizona Wildcats announced on Sunday night that the team would be wearing all-red uniforms against the Arizona State Sun Devils in Friday's Territorial Cup showdown. The team will unveil red helmets for the first time since 1980. 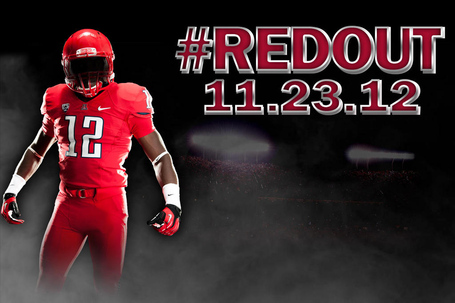 And here is quarterback Matt Scott with one of the red helmets at the end of Sunday's practices. 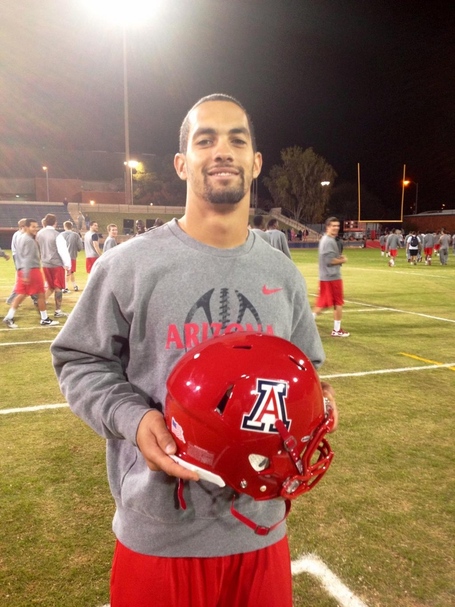 Personally, I think it's a great look for the Wildcats. There had been rumors of an all-red look for weeks, and what better time to break out a new uniform combination than against a rival? You can be sure the Sun Devils will be sporting one of their new uniforms.

Friday's game is set to begin at 8 p.m. MT from Arizona Stadium. ESPN will be televising the game nationally. The Wildcats won last year's Territorial Cup battle in Tempe, and this year's game promises to be a great one as UA and ASU battle for positioning in the Pac-12 South.