It happens in other sports towns, and it's happening in Phoenix this weekend -- one team from one league showing support for a team in another league located in the same town.

On Wednesday, Phoenix Coyotes players visited Chase Field and took in a Diamondbacks game, giving D-backs manager Kirk Gibson a chance to show his appreciation for the Coyotes' playoff run that has them in the NHL Western Conference finals against the Los Angeles Kings beginning Sunday in Glendale.

The Diamondbacks showed their support collectively Saturday, wearing Coyotes white "Beat LA" T-shirts while taking batting practice before their game against the San Francisco Giants. Here's Arizona's Henry Blanco in the batting cage reppin' the WhiteOut, with more photos courtesy of the club after that: 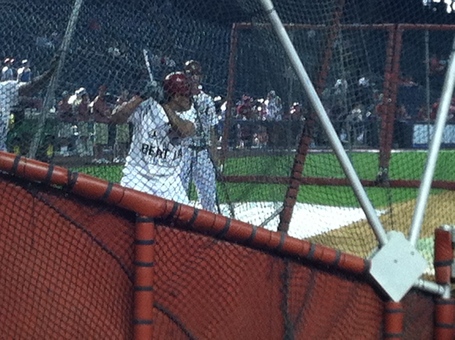 The Giants probably felt right at home among so much "Beat LA" garb -- the Giants and Los Angeles Dodgers are arch-rivals. But this was about hockey, and kudos to the D-backs for saluting their hockey neighbors for an amazing season.

How about this one? Stephen Drew almost ready to return from injury rehab... 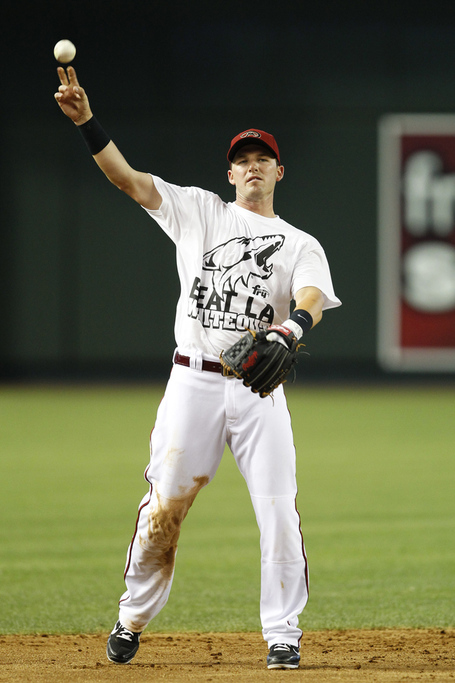 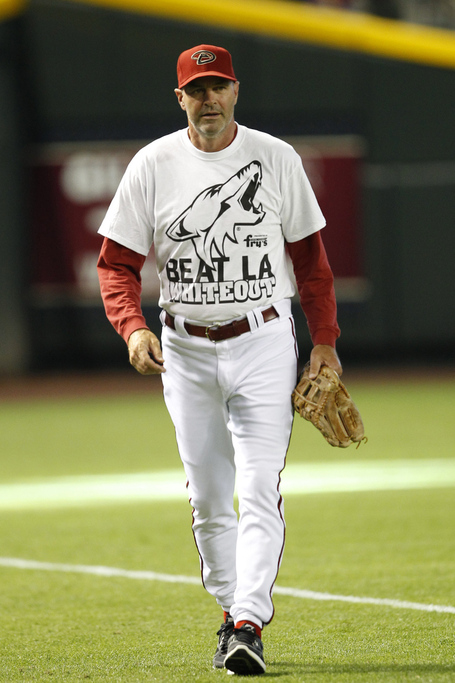 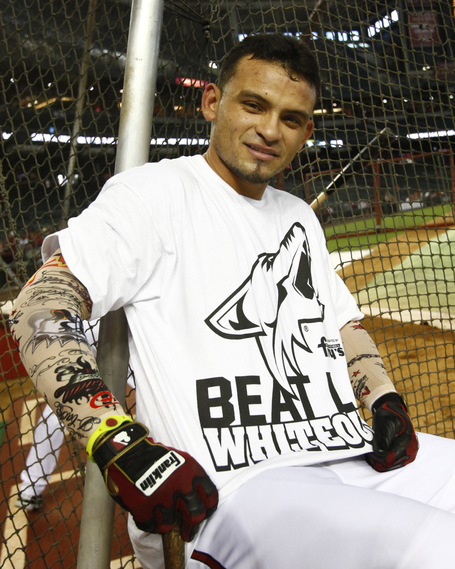