The Force Was Not Very Strong With The Padres (Photo Evidence)

Share All sharing options for: The Force Was Not Very Strong With The Padres (Photo Evidence)

The San Diego Padres have had a disappointing season. At this time last summer, they were doing what Arizona Diamondbacks are doing now -- pushing the high-salary SF Giants to give up the NL West title. They fell just a bit short of their goal but did manage to finish with 90 wins on the year.

It might be worth pointing out that on August 27, 2010, the Padres held a six-game lead in the NL West. They were just two games into what would turn out to be a 10-game losing streak that blew their shot at the playoffs. There's a warning there for D-backs fans who seem mighty confident being up three-games over the Giants.

Perhaps in a move to reverse their fortunes that in reality was determined when they traded away Adrian Gonzalez, several Padres players were caught on camera wearing these cute Star Wars back packs. 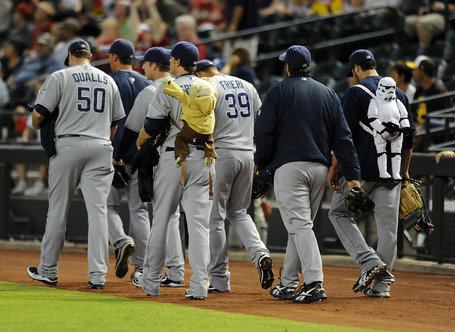 The Force, however, was not with them on Friday night as the team committed three errors and had several other defensive miscues that helped the D-backs jump out to an early lead. This is what you get when you mix a Yoda backpack with an Imperial Storm Trooper backpack...rookie mistake. 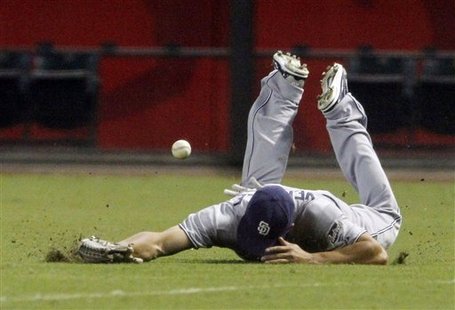