Share All sharing options for: Stephen Drew Tells Gruesome Tale Of Resetting His Ankle On The Field

Stephen Drew is one cool customer. You never quite know how you're going to react when faced with a situation like your ankle pointing 180 degrees in the wrong direction, and let's hope you never have to find out. Drew handled it with about as much composure as you could possible expect from a situation like that.

When you watch the video (we don't recommend it, but have posted it below) you will see Drew immediately reach down and grab his foot which is pointed the wrong way and reset the break. The doctor apparently was even impressed with the job he did.

According to Drew, he was just trying to spare the fans an even more horrific scene.

"I don't know if the fans would have wanted to see what really happened if I got up that way...I don't want to come out of the game and my foot be a 180. It was just one of those things where reaction took over and I set it back in place."

We'll go ahead and assume the normally quiet and laid back Stephen Drew is tougher than you (and me).

Stephen has a hard cast on his foot now and is enjoying watching his team battle for the NL West pennant. Of course, he's frustrated the injury is keeping him on the sidelines.

He reports no pain now and it seems to be doing as well as can be expected three weeks on from the injury. The plan is to be ready for next season. 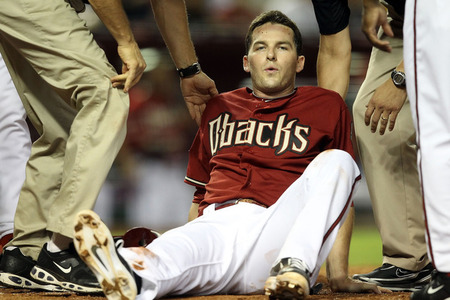 If you are so inclined, the video of the play and some still pictures are after the jump. Consider yourself warned. 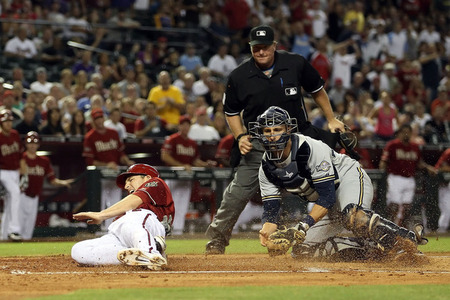 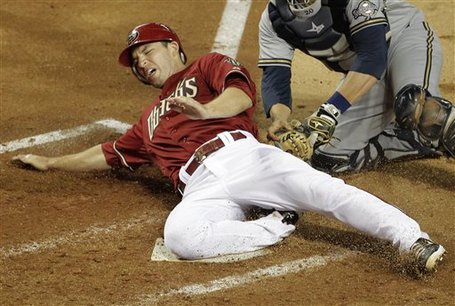 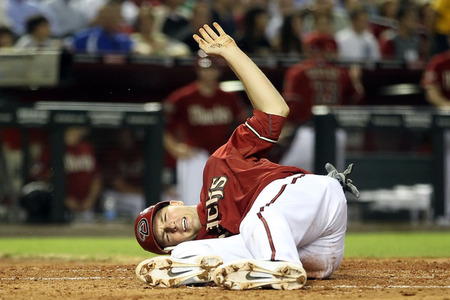