The first thing you notice about Patrick Peterson, after his smile, is the young man's confidence. He doesn't come across as arrogant or cocky but there's no question that this is a guy who believes in himself and has his eyes set on greatness.

Peterson is completely unfazed by the opportunity to start for the Arizona Cardinals in his first NFL game. In fact, he's thrilled, "I've got to grow up fast now. I've got to grow up on the fly. It's going to be a fun opportunity. I can't wait to get out there and really showcase my talent."

The original plan was to bring him along slowly and "spoon feed" him the NFL. But a season-ending injury to cornerback Greg Toler has thrown the fifth-overall pick into the fire sooner than his coach would have preferred.

"I think Greg (Toler) got hurt. That's my thoughts on it," Ken Whisenhunt said when asked how he felt about Peterson starting in Week 1.

It's not that Whisenhunt doesn't believe in Peterson's potential, he's just a guy that likes to follow a process. The process for Peterson was to earn his way into the starting rotation and prove to everyone that he's ready based on more than just natural ability and incredible athleticism.

But that's now how things played out and now we are going to get to see immediately what this kid is made of.

According to his own assessment, Peterson is a high energy guy who's emotional level on the field is "through the roof". That's obviously a concern with a young player at a position like cornerback. We've seen how the downside of that emotional play can trigger a death spiral of negativity when they inevitably get beat on a play.

Peterson isn't worried about that though. He said his dad, who was also his high school defensive backs coach, taught him at a young age to have amnesia, "That's something I was able to deal with very good over the years that I've been playing the cornerback position."

At just 21-years-old, Peterson has a lot of learning to do but like most young men of that age, doesn't quite realize how much he doesn't yet know. We'll find out in these next few weeks just how far he is from reaching his potential.

Peterson is going to suffer setbacks on the field and see things he's never seen before in the game of football. He's going to get knocked down. We'll see how fast he can get back up again.

Peterson was an offensive player until his junior year in high school when his dad convinced him to switch to cornerback. "He said, defensive guys last longer than offensive guys." 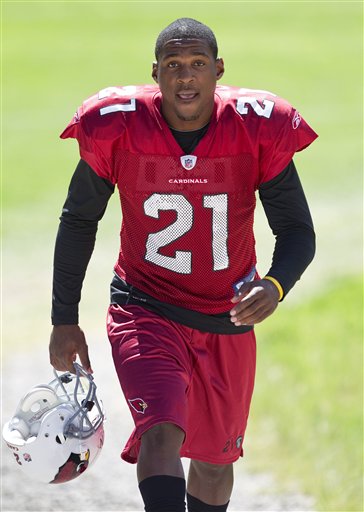