The Arizona Cardinals had a couple of big needs to fill in free agency or through the trade market before starting the 2011 NFL season. Quarterback is the high profile need (Kevin Kolb? Not yet? Soon? Waiting...) but just behind that is the offensive line. Center Lyle Sendlein and guard Deuce Lutui are free agents who may or may not return and Alan Faneca has hung up the cleats after a long and distinguished career. To fill one of the holes on the O-line, the Cardinals have reportedly agreed to terms with free agent guard Daryn Colledge formerly of the Green Bay Packers.

Colledge, the first player ever to be drafted from the state of Alaska, was picked by the Packers in the 2006 NFL Draft (47th overall). He played in 16 games each of his five seasons with the Packers for a total of 80 games with 76 starts including starting each game of the past three seasons.

Daryn, 29, is listed at 6-4 and 308 pounds and with a deal reportedly worth $27.5 million over five years will certainly be slotted as the starting left guard. The contract is said to include $10 million guaranteed.

Here's some thoughts on Colledge from hard corps Packers fans:

Green Bay Packers Free Agency 2011: Daryn Colledge Headed For Arizona Cardinals - Acme Packing Company
I think a lot of us expected Colledge to eventually become a Pro Bowl-caliber guy a few years back, but he's stagnated a bit over the last couple of years and it appears that serviceable starter/top-notch backup is now Colledge's ceiling.

I hope I speak for everyone when I say that I wish him nothing but the best in Arizona. Though he's caused us some frustration in the heat of games, he seemed like a good guy who worked hard and who appreciated the fans, so I hope he does well in Arizona.

For more on the Arizona Cardinals free agency and quarterback situation, stay tuned to this StoryStream and visit the Revenge of the Birds Blog. 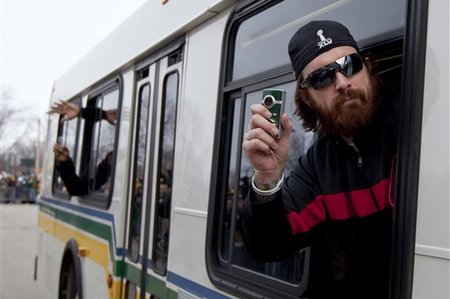