Carson Palmer Best Fit For Cardinals According To Kurt Warner

Share All sharing options for: Carson Palmer Best Fit For Cardinals According To Kurt Warner

If anyone is qualified to comment on which of the available quarterbacks would be the best fit for the Arizona Cardinals, it's Kurt Warner. He knows the offense and knows who's going to fit best with Ken Whisenhunt. Warner was a guest on Dan Patrick's radio show on Tuesday morning and put his golden blessing on Carson Palmer.

Warner is a now an analyst with the NFL Network and shared his thoughts on Cam Newton, the NFL Draft in general and reported that Whisenhunt had asked his opinion on the Cardinals quarterback situation.

"I would take Carson," Warner said, adding that he would fit the Cardinals offense perfectly.

Palmer is in a pickle with his situation in Cincinnati. Palmer has said that he doesn't want to play for the Bengals but the Bengals have said they aren't trading him. Eventually, this impasse will pass just like the NFL lockout will be lifted. There will be football at some point and somewhere down the line Carson Palmer will be playing for a team outside of Cincinnati. 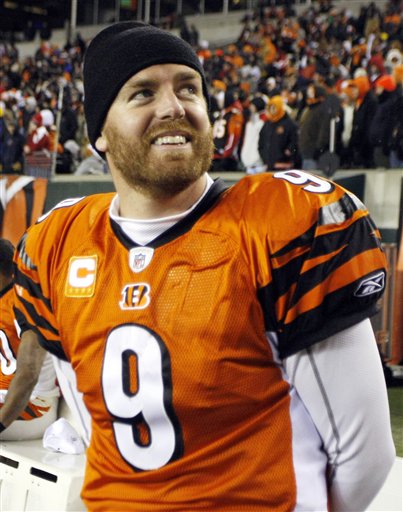