Patrick Peterson On Offense, Coming Soon To The Cardinals

Share All sharing options for: Patrick Peterson On Offense, Coming Soon To The Cardinals

With about five minutes left in the first half of the Arizona Cardinals game Sunday against the St. Louis Rams a strange thing happened: Rookie CB Patrick Peterson checked in on offense. According to coach Ken Whisenhunt, we will see that again.

The Cardinals had a 1st and 10 at their 40-yard line having just completed a 20 yard pass to Andre Roberts. Suddenly, there's Peterson lined up in the slot on the right side of the offense.

Skelton motioned to Peterson and he moved over and took a position in between Skelton and running back Larod Stephens-Howling. Clearly something was wrong with the alignment and timing because Skelton was forced to call a timeout to avoid a delay of game penalty.

We didn't see Peterson again on offense in that game but it sounds like we could get another look.

"I would say so, yeah," Whisenhunt answered when asked if we can expect to see that again.

"Obviously, he's a guy that can do a number of things for you. It's unfortunate we didn't get the play run."

Whisenhunt wouldn't say who blew the play but did add suggestively, "Hopefully, we'll do better this week. (pause) If we do that again."

Here's some clips of the play.

Here's Peterson lined up in the slot. 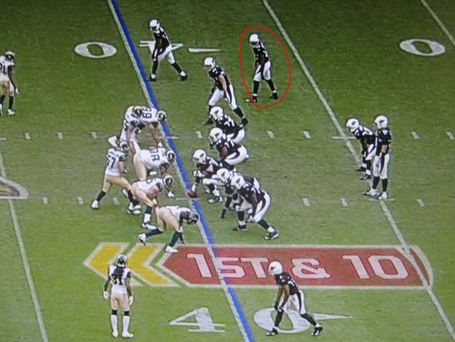 Here's Peterson after he motioned to a spot next to QB John Skelton. 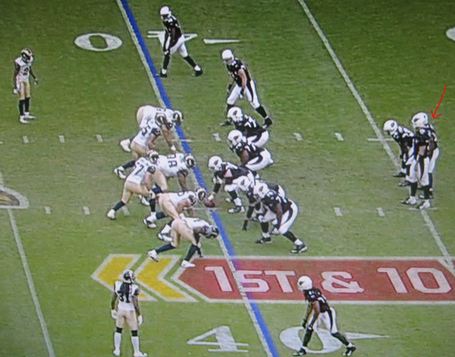 When you got a guy as talented as Peterson with the ball in his hands, you got to love Whisenhunt trying to get him more opportunities. Can't wait to see this play actually run in live action. #FreePatrickPeterson