In the first quarter of the Cardinals game against the Steelers, Fitzgerald went one-on-one for a jump ball with outstanding cornerback Ike Taylor. The result, a 31-yard completion for Fitz.

Here's a fantastic photo of the play. 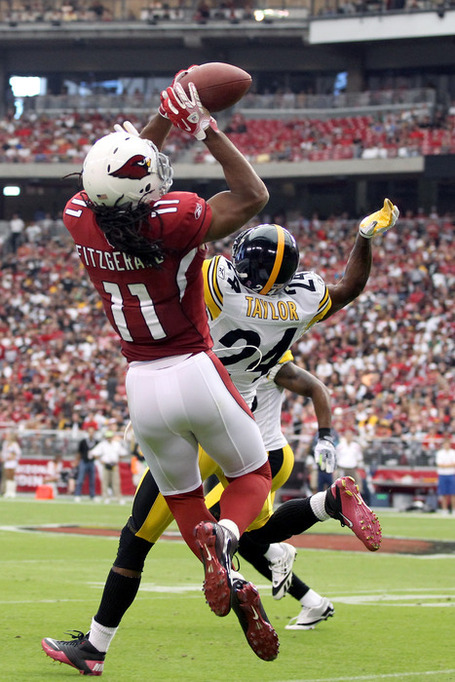 Larry Fitzgerald #11 of the Arizona Cardinals makes a reception over Ike Taylor #24 of the Pittsburgh Steelers during the first quarter at University of Phoenix Stadium on October 23, 2011 in Glendale, Arizona. (Photo by Christian Petersen/Getty Images)

Steelers Too Much For Cards, 32-20; Changes Could Be Coming; Wells Injury Update