Phoenix FC is only seven months away from its inaugural soccer game, and held a tryout for prospective players on Friday.

With every day that passes, the idea that high-level professional soccer will kick off in the greater Phoenix area next spring becomes more and more real, and on Friday, Phoenix FC held its first big open tryout for locally-based players at Reach 11 Sports Complex.

Phoenix FC is the USL Pro soccer franchise granted to this area by the league, and operations are under way as the club looks to be ready for competition in April 2013. The Wolves have a logo, a head coach, an ownership group that includes managing director Rui Filipe Bento and a supporters group, La Furia Roja/The Red Fury 1881.

The announcement of where Phoenix FC will play its home games is expected soon. For now, the team is just starting the process of forming the roster, which was the reason for the local tryouts on Friday. There will be another session next month.

Preseason training camp will start not later than February of next year.

Players did drills and scrimmaged in front of Phoenix FC staff on Friday. Here are some photos from the tryout: 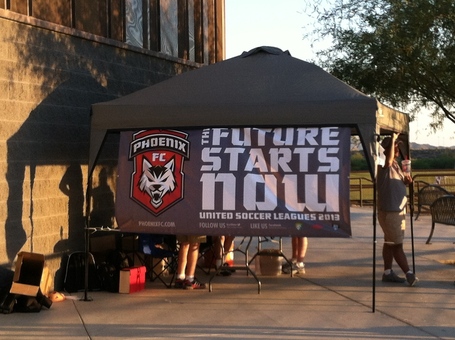 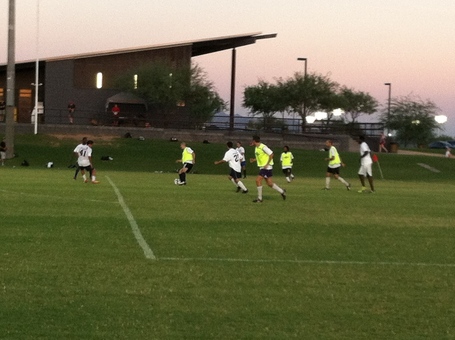