China, America, Great Britain, Korea, and France have been the five most successful nations in the 2012 Olympics so far. But do these countries also have the most spirited fans? Not quite.

Share All sharing options for: Olympics 2012: Top 5 Most Spirited Nations In London

London has become an international hotbed during the 2012 Olympics. The city, already known as one of the most international cities in the world, has taken the title to a whole new level this summer as fans from around the world arrive to cheer on their respective nations. Here's a look at the five most spirited fanbases in London right now: 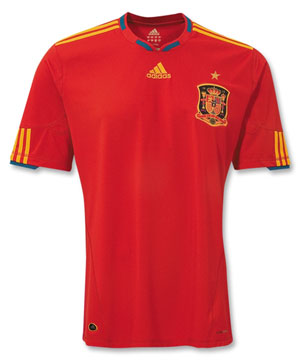 For a country riddled by injury (Rafael Nadal didn't compete in tennis and the Spanish basketball team is banged up), Spain is very well represented in London. The country has its massively successful football team to thank for this- with three consecutive major titles from 2008 to 2012 (Euro Cup 2008, World Cup 2010, and Euro Cup 2012), the Spanish are overflowing with national pride and they haven't been afraid to show it. Plus, it doesn't hurt that every Nike outlet in the city is stocked with tons of Spain gear these days. 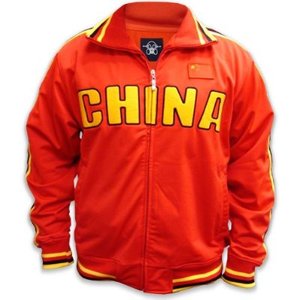 China leads the world in medals during these 2012 Games, and they're doing pretty well in the fan department as well. You'll find plenty of red jackets concentrated in and around Olympic Park as fans stream to and from the main London venue during the day, but Chinese fans aren't quite as well represented elsewhere around the city. Still, the 2008 hosts bring a noticeable presence to these Olympics, and they may have plenty to cheer about if China can hold off the United States for the most gold medals. 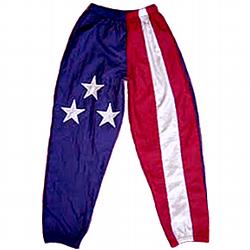 Of all the fans on this list, Americans may be the most diverse in their attire. Really, you can split them into three groups: the hardcore fans who wear pants like the ones above, the classy fans who sport either Team USA basketball gear or simple "USA" shirts, and the simple fans who opt to wear gear of their favorite team from back home. Perhaps the most surprising thing about the Olympics so far? The most visible American sports team in London isn't the Los Angeles Lakers, Boston Celtics, New York Yankees, Boston Red Sox, New England Patriots, Green Bay Packers, or any of the other teams that you might suspect. It's the Memphis Grizzlies. Yup, the Grizzles. People from Memphis must be huge Olympics fans. 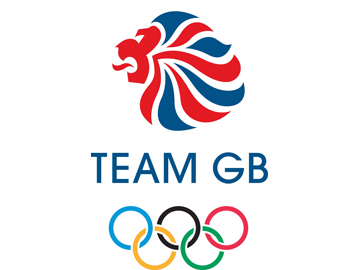 Londoners have come a long way in terms of their excitement over the past few weeks. The red and blue lion above is present pretty much everywhere in the city, and it's nearly impossible to walk around without seeing at least a few Team GB shirts. While national spirit is high and definitely palpable, it isn't overwhelming by any means, which is what keeps the Brits out of the top spot on this list. That may change, though; the ripple effects of the UK's super successful Olympic weekend- national symbol Jessica Ennis took gold in the heptathalon and Andy Murray finally broke through in tennis by taking out both Novak Djokovic and Roger Federer in straight sets on his way to gold- are still settling in, so the Brits may be more spirited as the second half of the Olympics wears on. For now, however, they settle into second behind a surprise country. 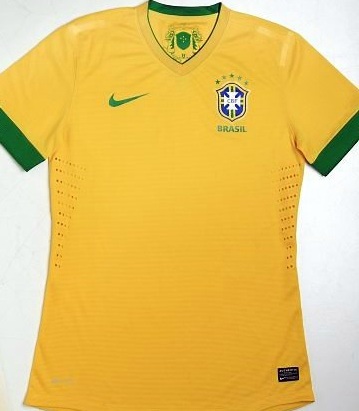 Brazil is scheduled to command the attention of the sports world over the next few years as host of both the 2014 World Cup and the 2016 Summer Olympics. If this summer is any indication, it doesn't look like the Brazilians are willing to wait their turn. Brazil fans are everywhere, and on any given day you may actually see just as many Brazil jerseys as UK jerseys. The national sports buses make frequent appearances around the city, showing up more often than the buses of any other nation. The cherry on top of it all is the subtle advertising for the 2016 Olympics that adds to the already strong sense of Brazilian pride. If Brazil manages to recreate this level of enthusiasm back home, the sports world will be in very, very good hands over the next four years.