We take a look at the top 5 athletes who represent more than just the spirit of competition to their respective nations. Usain Bolt makes the list, but is he number one?

Share All sharing options for: Olympics 2012: Top 5 Most Important Athletes

The Olympic Games provide an interesting tie between athletes and their countries. An athlete's accomplishments or failures reflect the country's success or failure in sports. The link that sometimes gets lost, however, is the other relationship: countries become incredibly invested in their athletes during the Olympics, and sometimes these athletes become symbols of something more (hope, perfection, inspiration, etc.). Here's a look at the top 5 most important athletes to their respective nations during the 2012 Olympics: 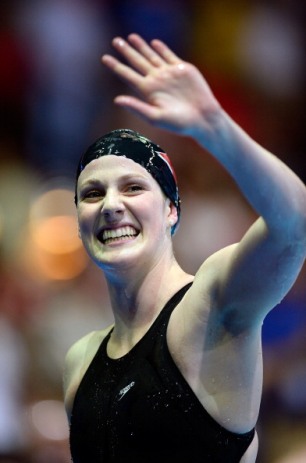 At the age of 17, Franklin is well on her way to becoming a household name in America.

She has won the second most medals (four gold and one bronze) behind only Michael Phelps during these Games, and she's also the only other Olympian besides Phelps to win four gold medals total. Two of those gold medals consisted of world record performances- her 200 meter individual backstroke clocked in at 2:04:06 and the 4 x 100 meter medley that she competed in for the U.S. clocked in at 3:52:05.

Given her age and talent, Franklin has a significant chance to become the next great American swimmer. If she can win five medals at the age of 17, imagine what she may be able to do at the ages of 21 and 25 over the next two Olympics. She's taken the swimming world by storm at the perfect time for the United States- just as Phelps transitions out. If America is looking for its next dominant individual athlete, Franklin could take the spotlight and provide inspiration for another generation of Americans. 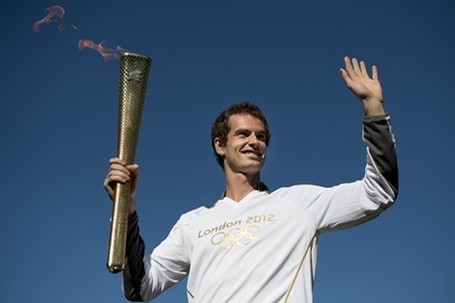 The UK has a special bond with Murray. He's the undisputed face of tennis, and every year he's tasked with the daunting challenge of ending the British drought at Wimbledon. The Brits haven't had a Wimbledon champion in 75 years, and Murray came agonizingly close last month before falling in the finals to Roger Federer. His post-match interview says it all: Murray was absolutely heartbroken afterwards, and the entire UK shared his disappointment.

For this reason, Murray's showing in the Olympics, which took place on the exact same Wimbledon courts, became central to the country's attention. His subsequent demolition of both Novak Djokovic and Roger Federer in the semifinals and finals, respectively, lifted a huge weight off of the country's shoulders. It certainly wasn't equivalent to ending the Wimbledon drought, but watching a British male win gold at Wimbledon by taking out two of the three best players in the world was the next best thing for the Brits. 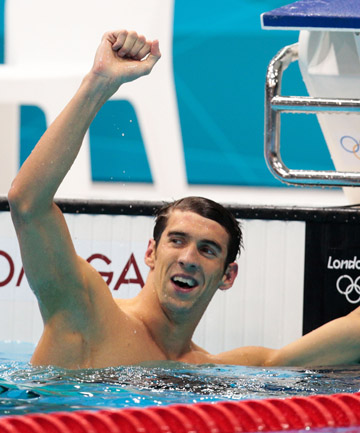 The importance of Phelps to the United States isn't quite as noticeable as some of the other athletes on this list; his significance stems less from an emotional perspective and more from a curiosity standpoint. His amazing 8-for-8 sweep of gold medals during the 2008 Olympic Games epitomized perfection at the highest level, and it set up a massive question for 2012: what are the limits of an American athlete who is four years removed from one of the greatest achievements of all time?

His 2012 campaign started off slow, but Phelps came back to win four gold and two silver medals. Phelps' 22 total medals make him (statistically) the most successful Olympian of all time, and his 18 total gold medals overall dwarf any and all competitors. His 2012 run may not be as impressive as either of his previous two Olympics, but it answers the intriguing question above with a thoroughly hopeful response: given the proper training and motivation, excellence can be maintained at a high level without much of a decline. 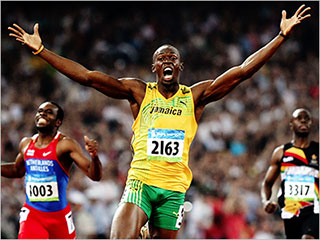 Bolt's appeal is unlike any of the other athletes on this list. He comes from a small country (Jamaica) and humble beginnings (his parents ran a local grocery store), but he has risen up to become the undisputed fastest man in the world. His journey proves that anything can be accomplished in sports, and this message is what makes him such a strong symbol of hope for both his country and athletes everywhere. The fact that Bolt successfully defended his 100 meter title on the same day that Jamaica celebrated 50 years of independence from the British just happens to be sweet coincidence, and it only strengthens Jamaica's tie to Bolt. 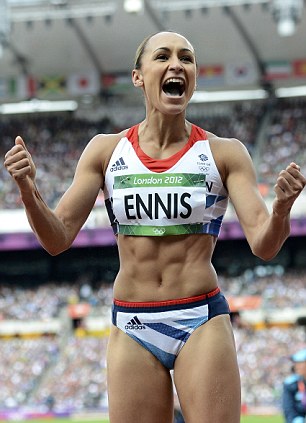 While Murray was one of the UK's biggest symbols coming into the Olympics, Ennis was undoubtedly the heart and soul of the host country. Her talent and personality molded her into a national icon, and with that title came the burden of bringing home the gold in the heptathlon. Ennis may have faced more pressure than any other athlete entering the 2012 Olympics.

How did she respond? Beautifully. Ennis turned in a dominant performance in the heptathlon and pulled away down the stretch, finishing over 300 points ahead of her closest rival. She finished the final event- the 800 meter race- in emphatic fashion, pulling away from the field for a storybook ending that athletes can only dream of. Her amazing run through the heptathlon and the last race in particular are classic moments that the Brits will look back on in the future and ask, "Where were you when...?" Ultimately, the Olympics are defined by moments like these, and Ennis provided a very memorable one for her country.