FC Tucson Shows The Way For Soccer In Arizona

Soccer is alive and well in Tucson, where the Premier Development League's FC Tucson is growing its support base while achieving success on the pitch in a city that is supportive of the sport.

Share All sharing options for: FC Tucson Shows The Way For Soccer In Arizona

TUCSON -- Soccer in Arizona? Yeah, from October to April. The rest of the year? Too hot. Can't work.

Tell that to the players and the guys who run FC Tucson, the first Premier Development League franchise in Arizona. The searing heat of desert summers hasn't stopped the formerly unaffiliated amateur franchise from succeeding both on and off the field.

Off the pitch, the team has drawn well to its home field on the grounds of the sprawling Kino Sports Complex. The hope had been to install more bleachers on what was once a baseball field and sell more tickets to raise official capacity above 1,000 seats, but that has yet to happen. Still club officials feel they can sell the added seats.

"We think that with the assets and the opportunity that Tucson offers, it should last forever," ownership partner Chris Keeney said. "Outside of the University of Arizona athletics, there's really no competition. So that gives us a clean slate to be able to do it in the way we want to do it."

FC Tucson got strong support from the Pima County board of supervisors in renovating a field to use. It has its own international-style supporters group, the Cactus Pricks, who bang on drums and chant and wave flags all game long. It has cultivated soccer-sympathetic and profitable sponsors, and it has hosted back-to-back tournaments featuring Major League Soccer teams in the area for preseason training. 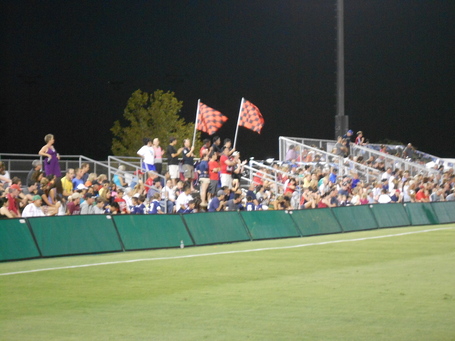 The team was established after major-league baseball clubs decided that Tucson was no longer the place for them for spring training. That opened the door for the city to attract soccer teams to town in February and early March. One MLS club, Sporting Kansas City, sought a game during early 2011 while in the area. Current FC Tucson coach Rick Schantz and ownership partner Greg Foster worked with others to set up a match between SKC and the New York Red Bulls, and even though tickets didn't sell fast right away, a huge walkup crowd turned out at Hi Corbett Field.

"All of our good friends from Mexico showed up," Keeney said. "It was packed. They had hit on something."

With some of the proceeds from the successful night of soccer, Schantz was able to start putting together a team. Soon the club was ready to move into the fourth division of U.S. soccer, the PDL.

Keeney, who has worked throughout MLS front offices and for the NFL's Houston Texans, and Jon Pearlman joined Schantz and Foster, and the four combined all of their different areas of expertise to establish the FC Tucson Desert Diamond Cup tournament. The DDC, played in late February and early March of this year, featured four MLS teams in a series of preseason matches in Tucson and drew more than 30,000 fans over four nights of doubleheaders.

"It's happened really fast, and I don't think we've had the time to respect all that's come with it in such a short period," Keeney said. "The whole purpose is to build FC Tucson into something important in Arizona and respected across the country, and the way soccer is growing in the United States, there's no reason that even a PDL team or a second-division team can't be very successful and be wildly popular, and that's the goal."

And it doesn't stop at the PDL level. That was just the start for the ownership group. By building a fan base with good community partnerships and corporate sponsorships, the owners feel FC Tucson can go "as high as we can go," Keeney said.

"Even if we're at the top of the second division, we can be very important," Keeney said.

It's a labor of love for the four principal owners -- Keeney, head coach Schantz, Foster and general manager Pearlman. They aren't making a salary from team operations, and players aren't paid more than living expenses, some meals throughout the week and all the soccer equipment they need.

Some FC Tucson players come all the way from Phoenix for training and games. Donny Toia, the team's top playmaker, is from greater Tucson and has a much shorter commute to Kino.

Toia was with Real Salt Lake of MLS until after the league draft in January. RSL couldn't keep him on the roster due to salary-cap issues, Toia explained, and the 20-year-old sought a place to play. That place was right back home.

"I was, I can't even express it because it's my hometown. I never would have expected that," Toia said. "Hopefully it becomes an even bigger and bigger franchise."

Schantz looks to the Northwest to the super-successful Portland Timbers of MLS as the model he'd like FC Tucson to follow. Schantz played his college soccer at one of the most recognized progams in the country, the University of Portland, and played for city soccer legend Clive Charles.

"They built that fan base. That community is in love with their team. That's what we're trying to do," Schantz said.

FC Tucson could have some competition in the soccer business in the state after USL Pro, a league one step up from the PDL, announced last week that it was awarding a franchise to a group of investors in Phoenix. That team is slated to begin play in 2013.

But that hasn't deterred FC Tucson from its plan of steady growth and profitability, and Keeney has embraced the new team's arrival, hoping to establish a rivalry with the Phoenix team.

The club recognizes how soccer-intelligent Mexican fans are, and seeks to draw from the Mexican state of Sonora and southern Arizona's Mexican community.

"I'd like to become much more Spanish than we are as we grow our staff, as we evolve," Keeney said. "There's not question that what we're trying to (say) to appeal to that community is that this can all be yours. You may love Club America or Chivas or Monterrey (Mexican clubs), but you can't see them live. So come support us, come bring your sense of passion and the atmosphere at those games and bring it to us. And then bring your son or daughter, because it's a generational thing." 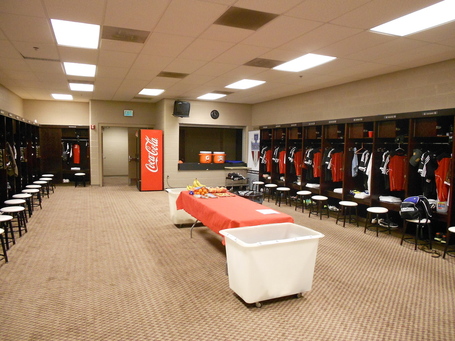 Schantz holds practices early in the morning to avoid the hottest time of the day. The team is made up of college players, who maintain their eligibility while spending their summer with FC Tucson, as well as a number of overage players in accordance with league rules.

Schantz and Pearlman have had to deal with a roster in flux all season, with players coming and going. Only 14 of 26 players since the week before the team's first game remain, and only one has been with the club since January.

"It's a general manager's nightmare. Every team in this league goes through the same thing," Schantz said. "If you're doing a really good job... players get signed by MLS or they get signed by USL Pro and they're just gone. You have to replace them."

But that's just the nature of the minor-league soccer business. And that business is good in Tucson.