Share All sharing options for: NBA Playoff Schedule: Wow, What An Opening Weekend

The 2012 NBA Playoffs kicked off with a bang. The story lines out of the Eastern Conference Game 1's were dominated by the ACL injury to Derrick Rose and Iman Shumpert and a possible suspension for Rajon Rondo while on the court the level of competition was pretty miserable. Condolences if you sat through that ugly Boston vs. Atlanta game. What a mess. 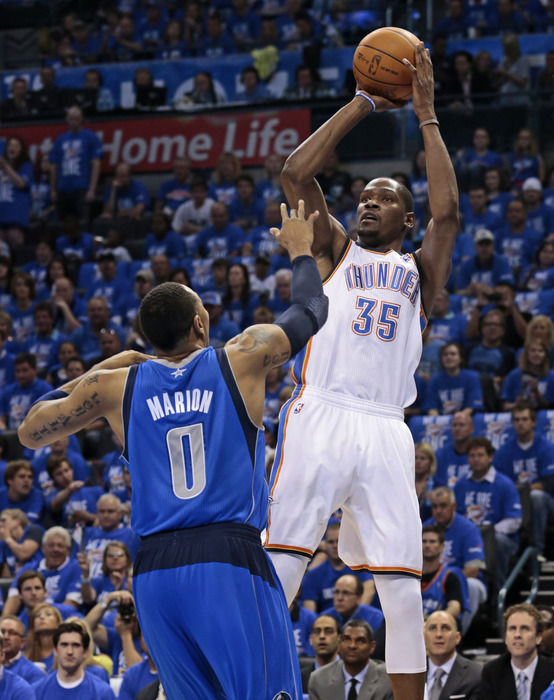 As always, you can find more about all of these series at SB Nation's NBA page.

New York Knicks at Miami Heat at 7:00 p.m. ET / 4:00 p.m. PT on TNT. The Heat blew the Knicks out of the water in Game 1 and hold a 1-0 lead in the series. Miami held Carmelo Anthony to 1-9 and LeBron James was dominate on both ends. The Knicks have a lot of work to do to avoid a sweep.

Orlando Magic at Indiana Pacers at 7:30 p.m. ET / 4:30 p.m. PT on NBA TV. The Magic shocked the Pacers to steal Game 1 on the road. They shot the ball well and delivered a wake-up call to the highly-favored Indiana team. It will be interesting to see how the Pacers respond.

Dallas Mavericks at Oklahoma City Thunder at 9:30 p.m. ET / 6:30 p.m. PT on TNT. This is clearly the game of the night and a rematch between Dirk's playoff greatness and Durant's growing legend. Frankly, the Thunder were damn lucky to escape with a Game 1 win. It will be interesting to see if they can do a little bit better in this game. If not, we're in for a long series.