The Waste Management Phoenix Open is always a big draw in the Phoenix area, with some of the most raucous, pumped-up golf fans you've ever seen. This year is no different as the supporters are already shattering last year's attendance records, and the actually tourney doesn't even start until tomorrow.

Make the jump for more. 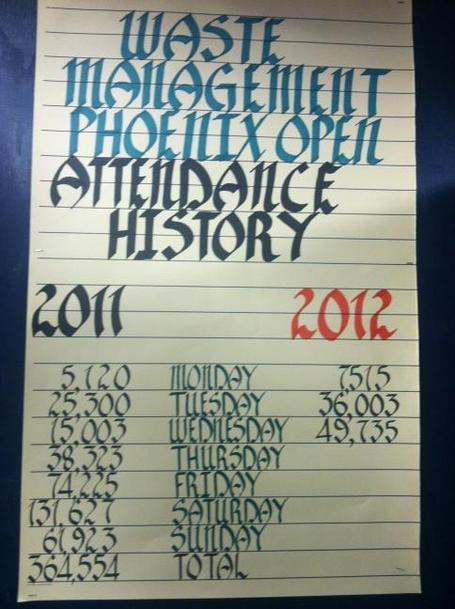 First off, you gotta love golf calligraphy. I know I do. Secondly, there was almost a 35,000 person increase of attendance on Wednesday, which is staggering to say the least. If these numbers keep up, you could see, like, a million people at the tournament on Thursday. My math may be a bit off there, but I doubt by much.

For more information in the Waste Management Phoenix Open, including the purchase of tickets, head over to their official website. For more on the PGA tour in general, head over to Waggle Room.