Arizona State University released their list of 10 former athletes who will be inducted in the school's Sports Hall of Fame in 2011.

Qualification, according to the ASU web site, is based on "one or more of the following criteria: all-America recognition; NCAA champion; world record setter; Olympic medal; NCAA statistical leader; and significant contribution to sports and graduation. Athletes become eligible for enshrinement 10 years after their senior class has graduated."

Archuleta might be the best-known of this year's Hall of Fame class, but don't tell basketball player Kurt Nimphius (pictured below with an awesome late 70's mustache) along with representatives of baseball, soccer, wrestling, softball and golf. 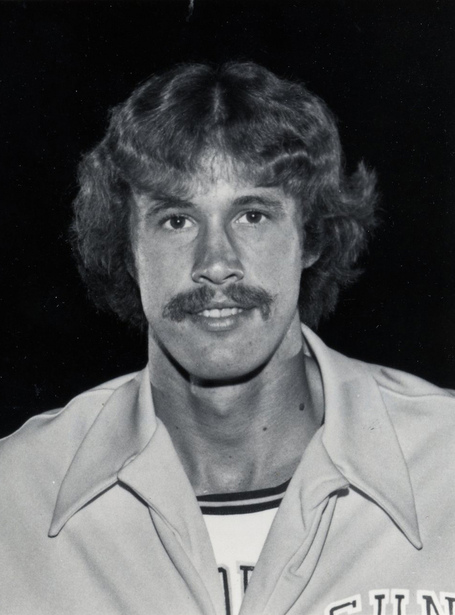