These Arizona Diamondbacks, boy are they fun.

Once again, for whatever reason, the lowly Houston Astros managed to hang a bunch of runs on a Diamondback starter that's otherwise been solid. Tonight it was Joe Saunders who gave up five runs in six innings and put his team in a 5-1 hole going into the late innings.

But once again, the d-bats showed up late and managed to power their way to another win. This series easily could have been a three-loss disappointment but instead the Astros leave town with a 1-4 result.

In the eighth inning it was Mr. Gritty Guy himself, Ryan Roberts who doubled in a run and then scored on a Montero hit. 5-3 Astros.

In the ninth it was Xavier Nady that got on ahead of rookie Paul Goldschmidt who tied the game with a blast that went off the fascia just beneath Friday's Front Row in left field. It was a bomb. From that point the game was all but over. Chris Young sealed the deal when he hit his first home run since July 2 to drive in the final three runs in walk-off fashion.

The Diamondbacks go up a full game on the idle Giants and now will host the New York Mets for three games over the weekend.

Were the D-backs happy after the game? These pictures would seem to indicate as much. 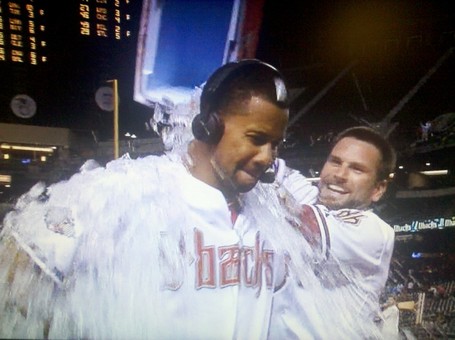 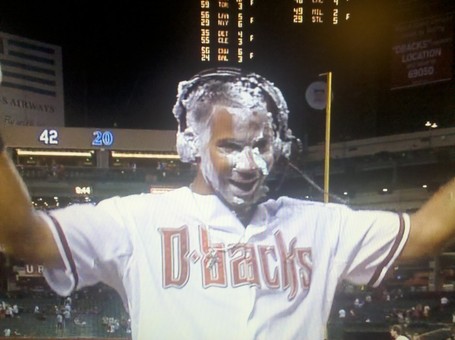 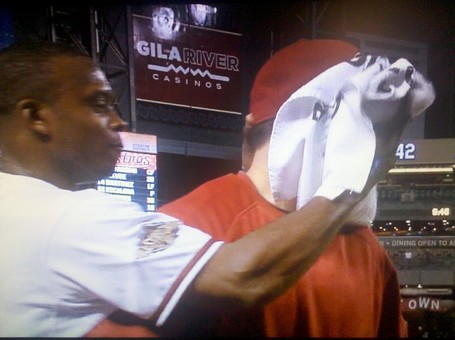 D-backs Complete Yet Another Rally To Beat Houston, 8-5