Former NBA player Armen Gilliam collapsed and died of an apparent heart attack while playing basketball in a suburban Pittsburgh gym according to a report from a local media source. Gilliam played 13 years in the NBA after being draft by the Phoenix Suns in 1987 with the second overall pick.

Gilliam, a 6-9 forward, was known as a physical player which earned him the nickname "The Hammer" during his time playing college basketball at UNLV. He played just over two years for the Suns before being traded to Charlotte for Kurt Rambis and two second round draft picks in 1990.

As a rookie, Gilliam averaged 14.8 points and 7.9 rebounds and was named to the NBA All-Rookie team. In 1986 he was selected for the USA Basketball Team where he played with David Robinson, Kenny Smith, Tommy Amaker, Tom Hammonds, Charles D. Smith and Derrick McKey. The 1986 USA basketball team was coached by Lute Olson of Arizona.

"On behalf of the entire Phoenix Suns family, I'd like to express our sadness at the news of the passing of Armen Gilliam and offer our condolences to his family. Armen will always have a place in Suns history as only the second No. 2 overall pick for the franchise, but the rugged, tough enforcer known as ‘The Hammer' on the court will be remembered by his former teammates and our fans for his easy-going nature off the court." 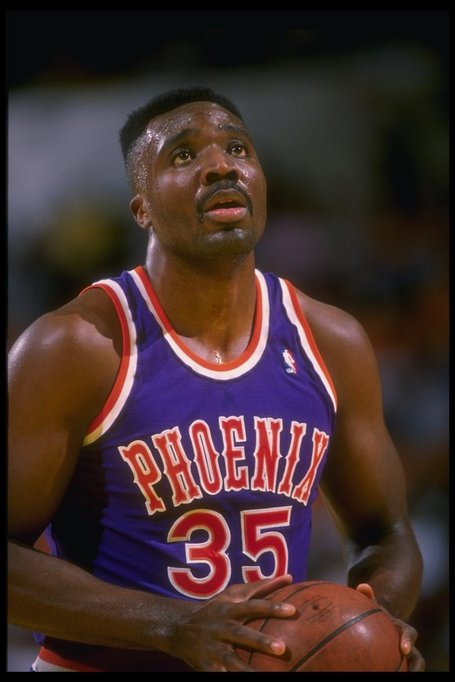