In rematch of far too many playoffs games and rekindling of age-old hatreds, the final round of the 2011 MLB Home Run Derby came down to a Yankee and a Red Sox. Robinson Cano and Adrian Gonzalez proved once again that in baseball, money matters more than size.

Gonzalez came into the final round and with his easy stroke that makes hitting coaches salivate got off to a great start. The former San Diego Padre first basemen hit 11 which tied the record for the final round.

Yankee second baseman Robinson Cano had put on an impressive display in the first two rounds with pure power unheard of from an infielder. Cano had no problem continuing the show as he went on to easily take the win. Cano set a new Home Run Derby final round record with 12 home runs and he still had four outs left. If they hadn't stopped the competition he would still be hitting them over the pool. 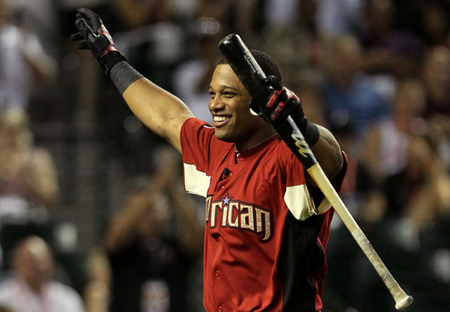