The 2011 NBA Finals resume after a few days off for the Miami Heat to ponder how they blew a big fourth quarter lead at home to let the Dallas Mavericks up off the mat and back into the series. Game 3 schedule calls for a tip off in Dallas at 8:00 p.m. ET / 5:00 p.m. PT on ABC. It will be interesting to see how LeBron James and Dwyane Wade respond on the road after the disappointment of their blown opportunity.

The mental part of the game has always been more of a challenge for LeBron than the physical where he's so dominant. To beat a veteran, hungry Dallas team on the road, LeBron will need to raise the level of his game from being an incredible player to being a champion.

For the Mavericks, this series continues to be all about Dirk Nowitzki and the Mavericks bench. Jason Terry will need to show up from the beginning of the game and not wait for some slight to his pride before he brings it. Shawn Marion has played extremely well but is known for disappearing at times in the playoffs.

Here's the full remaining schedule for the 2011 NBA Finals. 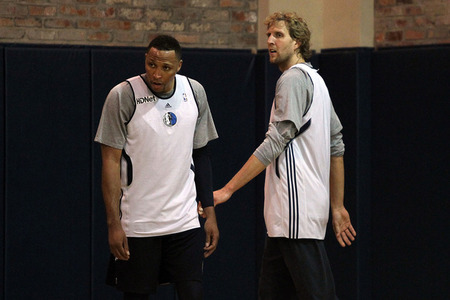 DALLAS, TX - JUNE 04: Dirk Nowitzki (R) and Shawn Marion of the Dallas Mavericks stand on the court during a practice session prior to Game 3 of the 2011 NBA Finals at the American Airlines Center on June 4, 2011 in Dallas, Texas. (Photo by Chris Chambers/Getty Images)