It's Finals Weekend at the 2011 French Open and we have a couple of interesting matches on tap. On the women's side, Italian fifth-seed, Francesca Schiavone takes on the first Chinese woman to reach the French Open Finals, Na Li (6). The match schedule calls for a Saturday start at 9:00 a.m. ET / 6:00 a.m. on NBC TV with live online streaming at NBCSports.com. On Sunday, it's another battle between Rafael Nadal and Roger Federer. It's the 19th time they've met in the finals of a tennis tournament.

Schiavone and Li have faced each other just four times with each winning two matches. The defending champion, Schiavone beat Li in the 2010 French Open in the third round in their only clay court meeting. The Italian clay court specialist is slightly favored with betting odds set at -110 with the line for a Li victory at -120. 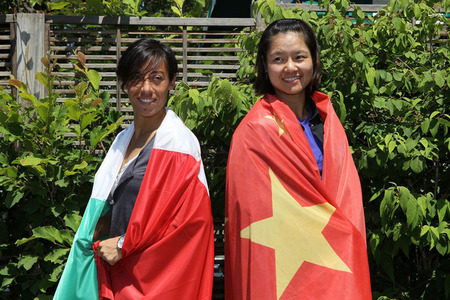