Watching Wimbledon In A New Light

Share All sharing options for: Watching Wimbledon In A New Light

I've never been a big fan of watching tennis on TV. But I'm watching Wimbledon with a renewed curiosity and some familiarity this month, after I visited the All England Club last month on a vacation in London.

It was a lovely Sunday afternoon when, on a bit of a whim, I decided I had to see Wimbledon. So after a ride on the "Tube" (public train) and a 15-minute walk from the station down Church Road to the grounds, I found myself starting at the walls of Centre Court.

I couldn't believe how small the area seemed to me, and wondered how people and cars and buses could get to this place during the Championships. I'm sure there's a good plan. It was like walking in a neighborhood and all of a sudden, happening upon a tennis complex with two big stadium courts. 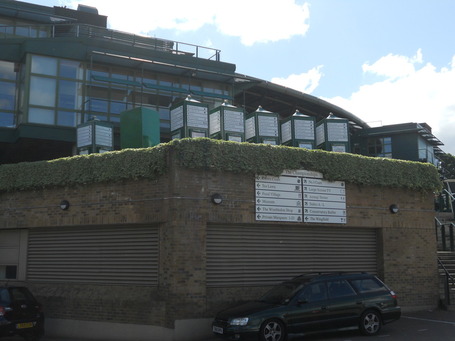 The museum on the grounds was still open so I bought tickets and walked in. There was so much to see -- photos of players whose names I remember, memorabilia, items from the history of lawn tennis in England, the men's and ladies' championship trophies, interactive exhibits and plenty of other fun stuff. 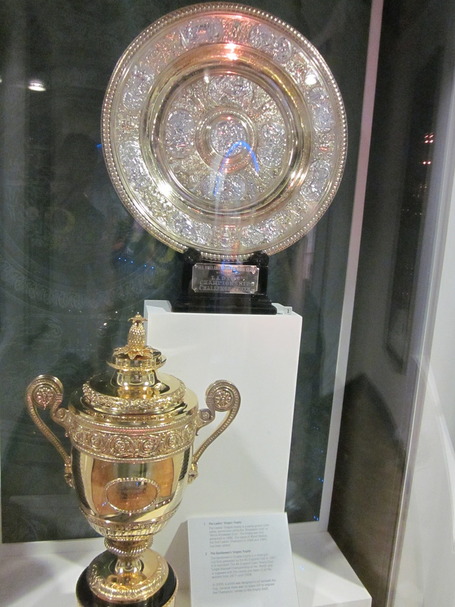 After I left the museum (and bought a T-shirt) I wanted to see Centre Court. It wasn't open but if you went to the adjoining cafe you could walk out onto a vantage point that overlooked the court. I had to do it.

Once I looked out on the court -- with the retractable roof rolled back -- I had a thought. The only thing better than looking at the finely manicured grass was either volleying on it or actually being in the stadium watching a big match. But Wimbledon was still more than a month away. 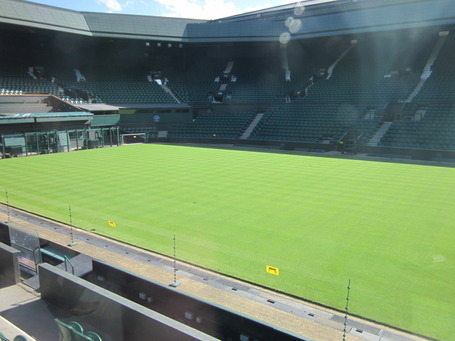 It was like being at an iconic sports place, like Fenway Park or St. Andrews or the Bernabeu, and just taking in all the history. I could just picture the players who have dived or rushed the net or lifted their arms and racket in celebration within these walls. I never had a favorite tennis player but I'm sure I would have liked Pancho Gonzales back in the day.

I took one more little stroll through the area and found the bracket from last year's tournament. That's me in front of it below. 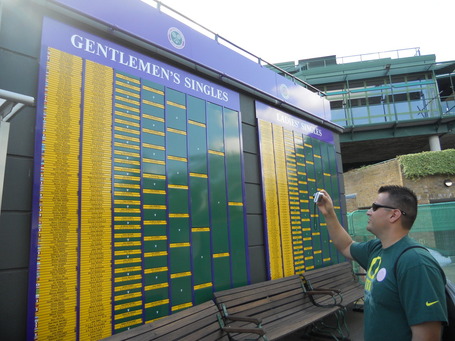 I may never see a match here, but I can always say that I've been.