The French Open is set to have the Quarter Finals finish up on Wednesday as top-ranked Rafael Nadal and Maria Sharapova headline the schedule. Nadal (1) will face Swedish fifth-ranked Robin Soderling and his explosive serve. His famous serve clocks in at 142 mph (230 kph), which is the third fastest serve in the Open. The serve will test the five-time French Open champion Nadal, who was pushed to five sets by American John Isner, whose serve is actually faster than Soderling's, clocked at 114 mph/232 kph. Nadal vs. Soderling will be aired on TV on ESPN 2 starting at noon ET / 9 a.m. PT.

Maria Sharapova's path to the finals has the biggest obstacles already eliminated. The top three seed have already been ousted. Sharapova will face 15th-seeded Andrea Petkovic (15) of Germany in one of the first matches of the day. It will air on TV on the Tennis Channel at 8:00 a.m. ET / 5:00 a.m. PT. After Sharapova's match on Court Suzanne Lenglen, Andy Murray (4) takes on vs. Juan Ignacio Chela. Na Li(6) of China also faces Bulgarian Victoria Azarenka (4) in Wednesday tennis action. 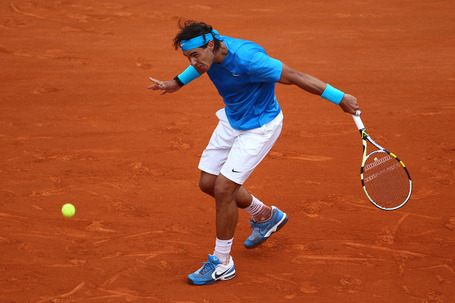