Tuesday of the second week at the 2011 French Open and things are definitely getting more interesting as we head into the Quarter Finals on Tuesday. Before we can get there though there's a little business for Andy Murray (4) to finish up. Murray dropped his first two sets to Viktor Troicki but won the next two before darkness stepped in. Also on the schedule is Roger Federer (3) taking on French hero Gael Monfils (9). Federer beat Ivan Ljubicic in straight sets and Monfils survived a five set duel with David Ferrer to set up this meeting. 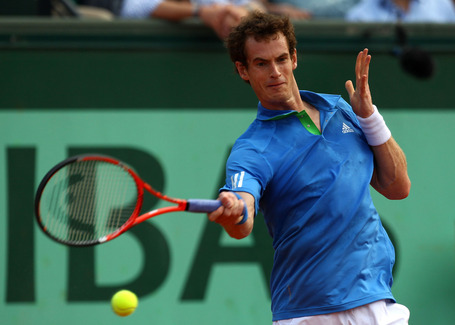