In just a few hours, Manchester United will take on FC Barcelona in the UEFA Champions League Final. With all the focus placed on Barca's Lionel Messi, one of the best players on either side of the pitch has been overlooked.

22-year old Javier Hernandez (known as Chicharito on the playing field) has come a long way in his short career. Raised in Guadalajara, Mexico, Chicharito was discovered by Manchester U in 2009. By the middle of 2010, he was transferred to the English club, and has been a productive member of the squad.

In 44 games in the 2010-11 season, Chicharito has scored 20 goals in 44 appearances. A energetic striker, Chicharito is a player that Barca fans are truly worried about.

Chicharito is heralded in his homeland of Mexico for his international play, scoring 14 goals in 23 career appearances for the Mexican national team. It is likely that many football fans in Mexico will be cheering voraciously for Chicharito to lead Man U to the promised land.

Wayne Rooney and Chicharito play together as strikers, but the real problem against Barcelona will be in the midfield. Barca plays with a sense of teamwork and selflessness that is not often seen in sports these days, and Rooney and Chicharito will need to pinch back to help stave off a ruthless Barca attack.

Manchester United fans should head over to The Busby Babe, while Barcelona fans should check out Barca Blaugranes. 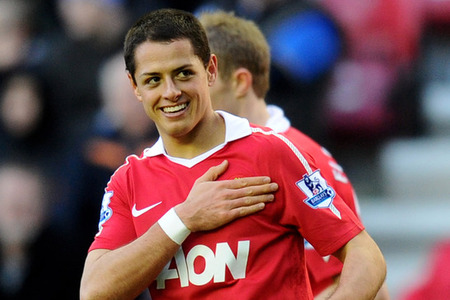