The 2011 French Open enters its first weekend with the men's tennis dominating all the attention. On the women's side there's little star power left but certainly plenty of exciting matches on the TV schedule if you are less concerned about name recognition. Saturday's schedule typifies that with Novak Djokovic and Juan Del Potro resuming their match that was postponed from Friday with the set score tied 6-3, 3-6. Rafael Nadal takes on Antonio Veic in third round action and on the women's side Maria Sharapova faces Yung-Jan Chan.

Another match to keep an eye Saturday is Mardy Fish (10) who's the only American man still playing. He takes on Frenchman Gilles Simon (18). British hot shot Andy Murray (4) will advance if he can get by  Michael Berrer. Here's the full schedule for Saturday at the 2011 French Open. 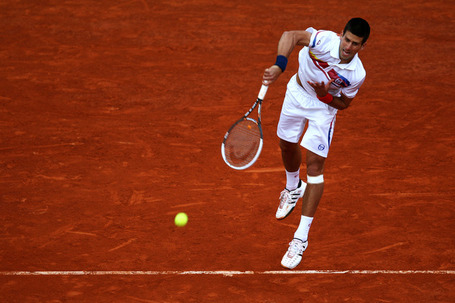