French Open Results: Djokovic And Federer Roll Through Round 2

Share All sharing options for: French Open Results: Djokovic And Federer Roll Through Round 2

The number two and three seeded men at the 2011 French Open both easily cruised through their Round 2 matches. Novak Djokovic extended his winning streak to 41 (39 in 2011) and Roger Federer was pleased with his easy three-set, 84-minute match. Caroline Wozniacki (1) was pushed a bit but still only needed two sets to advance.

Djokovic defeated Victor Hanescu 6-4, 6-1, 2-3 with Hanescu retiring due to an injury in the third set. If Djokovic makes it to the finals of the 2011 French Open he's guaranteed to the No. 1 ranking for the first time in his career. The streaking Serb will face Juan Martin Del Potro (25) of Argentina in the third round.

Roger was pleased,  "Now I'm very happy with these types of matches. I can practice more and so on, but now I'm really in the tournament, which is a good thing."

Top-seeded Caroline Wozniacki needed two hours to beat Canadian Aleksandra Wozniak 6-2, 7-6 but she got it done and will next face Marion Bartoli (11). 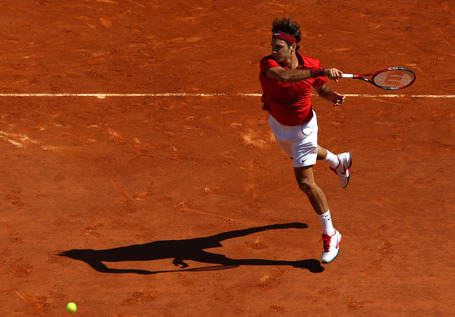