Round 1 of the 2011 French Open is in the books with almost all the top seeds coming through unscathed. 128 men and a 128 women started and half have now gone home. The second round starts on Wednesday, which is Day 4 of the tournament with the number 1 and number 3 women playing and the number 2 and number 3 men.

Serbian hot shot Novak Djokovic (2) has the honor of playing in the third match of the day which should start around 9:00 a.m. ET. Djokovic is putting his unbeaten streak of 40 matches on the line against Russian Victor Hanescu.

Vera Zvonareva (3) will take on Sabine Lisicki in the final match of the day on Court 1. 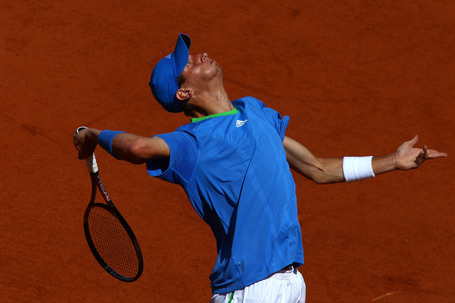