The defending champion was pushed hard in his opening match of the 2011 French Open. Playing on center court of Roland Garros, Rafael Nadal struggled with American John Isner's size and power. Isner pushed Nadal into a five set duel by pushing him deep behind the baseline with his 140 mph serves and fantastic net play. In the end, Nadal found a way to win as he usually does and defeated Isner 6-4, 7-6, 7-6, 6-2, 6-4.

It was an unlucky draw for both men. Isner was forced to face the top-ranked player in the world and the guy who's won eight of the last night French Open titles. Nadal, like most players, didn't look comfortable against the 6-foot-9 American with the massive serve.

Rafa admitted after the match that he got a bit tight in the tie breaks of the second and third sets. He lost both 7-2. But in the fourth set Nadal came screaming back and put his mark on the match with his normal variety of deft defense-to-offense shots.

Isner played well and showed promise but once again couldn't get the big win that his career needs.

Nadal's opponent on the 2nd Round is fellow Spaniard Pablo Andujar. 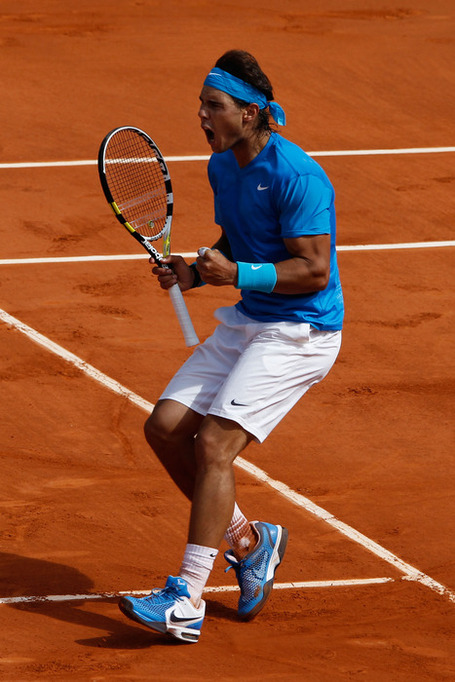