Is this meant to be a distraction for the player who's confined to the box for a couple of minutes? Is the thinking here that the opposing player will go back on the ice with that image in his head and be unable to perform his manly hockey duties?

Please, someone explain the logic of this to me! 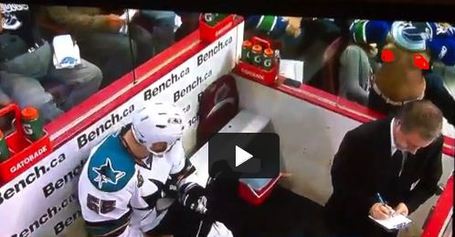 The Canucks would go on to win the game by the beat down score of 7-3 and take a 2-0 lead in their NHL Stanley Cup Playoff Series. A NSFW version of the video is available for your full analysis after the jump.