The post position draw for the 136th running of the Preakness Stakes will take place this afternoon at 5 p.m. ET / 2:00 p.m. PT. Per the official website:

Pimlico racing officials will use a pill pull, which employs a small numbered ball in a blind draw, to decide post positions for the middle jewel of racing's Triple Crown.

Post position is a big deal, because it determines who has the best angle going into the first turn. Get stuck on the inside and you might get cut off; likewise, starting out too far on the outside might make it difficult to maneuver into the turn.

Starting in the 19th post didn't hurt Nehro at the Kentucky Derby, finishing in second place in a tight finish. With a maximum of 14 horses racing in the Preakness, the field will be slightly easier to navigate for the jockeys.

The field is nearly locked in for the Preakness, and only Saratoga Red remains on the wait list, hoping for a late scratch from one of the contenders. Check out the full list of horses at the official Preakness website. 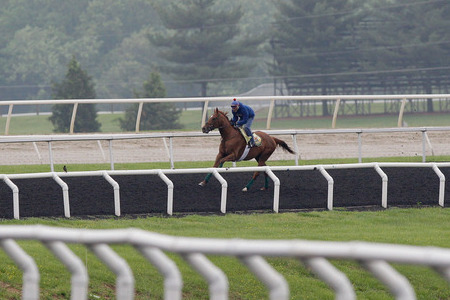