Several years ago, Russell Westbrook went to UCLA, James Harden went to ASU and O.J. Mayo went to USC. These three players duked it out in the Pac-10 as they tried to lead their respective teams to collegiate success.

Sunday's Game 7, however, promises to be a much bigger stage than those Pac-10 games as Westbrook's and Harden's Thunder duel Mayo's Grizzles. Though none of these players headline their respective teams, they could play a significant role in determining the game's outcome.

Westbrook, for instance, can increase the Thunder's chance of winning by striking a good shoot-pass balance. If he can be a solid offensive threat while also keeping Kevin Durant actively involved in OKC's throughout the game (and especially in the fourth quarter), the Thunder should have a legitimate shot at winning Game 7 behind the strength of their two stars. 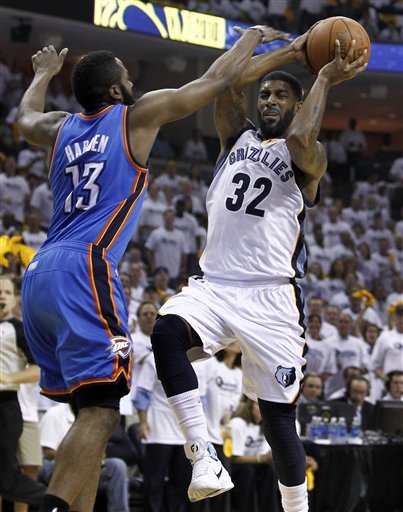 Harden has been playing well all series long. If he can continue being a playmaker when the ball is in his hands while knocking down three-point shots, the Thunder can open up their offense and put serious pressure on the Grizzles to keep up.

Mayo, meanwhile, provides the Grizzlies' starting line-up with much-needed perimeter shooting. He played 39 minutes as a starter in Game 6 and had the most points (16) of any Grizzly not named Zach Randolph. If he can provide that amount of perimeter scoring again, the Grizzlies' strong frontline of Randolph and Marc Gasol will have more room to operate and more opportunities to rack up points.

In the end, a strong performance by any of these three could ultimately be the deciding factor in this anticipated Game 7. Tune into Sunday's game to see which former Pac-10 player does in fact step up.