Kevin Ray shares his inner-warrior as he conquers this weekend's Spartan Race in Chandler, AZ.

Just thought I'd enlighten you with a quick recap of the event I participated in on Saturday. The Spartan Race (www.spartanrace.com)  rolled into town this weekend and I took part in it and I gotta tell you it was everything I thought it would be and then some. I shared with you on Friday the details of the race (eight mile obstacle course) so I won't repeat myself.

As I stated last week, my main objective was to train for this and complete it and I was able to do just that. But I also wanted to see who else would participate in an event like this. The main objective of my blog last week was to remind all of you that there's a competitor inside of all of us and the most important thing you could do was to embrace that spirit and fire. 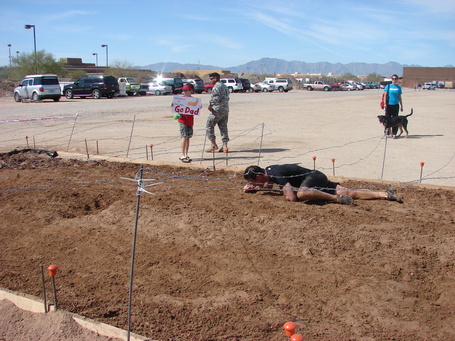 I'm happy to say that on Saturday when I arrived at Rawhide for the event I saw an incredibly diverse group of people. There to run in this first time event were accomplished runners, ultra athletes as well as weekend warriors. But I also saw men and women who like they had done very little training leading up to the event and I can only imagine that they were there because something inside them led them to be a part of this event.

Just seeing these kinds of individuals there motivated me even more as we began to line up to start the race. You had to be impressed with these people as they lined up alongside younger faster racers yet they weren't deterred in the least. That's the kind of intestinal fortitude that should inspire us all. For many of these folks I gotta believe this race was a life changing experience could very provide the kind of springboard they need to achieve another big accomplishment maybe in the workforce, at school or at home.

The challenge of training and competing in this event allowed me to find out something about myself but it also provided a chance to show my family what can be done when you set a goal for yourself and accomplish it.  Team KRay as I called them were big helpers in my preparation and having them there especially in that final stretch was huge. As a dad I hope they were able to see what I put into it and what I gained from completing it and if they can use that somehow down the line in their lives then it will have all been worth it.  My only question now is, when's the next race?! 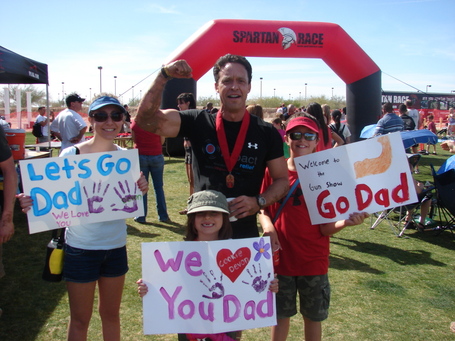