Share All sharing options for: Super Bowl Commercials, Best Of 2011 Includes Plenty Of Pain And Boobs

Oh, what fun the Super Bowl is. Two storied franchises, the Green Bay Packers and Pittsburgh Steelers battling it out with the Packers eventually overcoming injury and a furious late Steelers charge to win the 2011 Lombardi Trophy for their fans and owners (who happen to be the same people) in a triumph of socialism and collective wealth.

But if my extensive Twitter timeline is any indication, the real winners were the companies that shelled out a reported $3 million per 30 seconds of screen time for their commercials.

There were numerous good ones this year (an extensive list can be found at SBNation.com) and before we get into a couple stand-outs, lets talk about themes. The prevailing direction from Madison Avenue was pain. Maybe they were making a subtle social commentary on the state of the world we live in. Probably they were just going to the cheapest possible laughs.

The Three Stooges-style of slapstick comedy draws a chuckle, but really, how creative is it to have a girl throwing a can of soda at her boyfriend and hitting some other hot girl in the head. Is that the message we want to be sending as part of the NFL's greatest day dedicated to the beauty and violence of football?

Other themes of the day: cowboys, movies, making fun of Tibet and boobs.

Boy, do these marketing people know their audience!

This commercial gave me chills when it first aired. It made you want to stand up and salute the great City of Detroit where all those hard-working Americans toil and sweat and engage in labor battles to produce some of finest automobiles the world has ever known.

Personally, it brought back fond memories of the best (only) Chrysler product I ever owned, a 1992 Dodge Shadow GT. You can't even find these cars any more because they are so awesome...but I did find this picture! 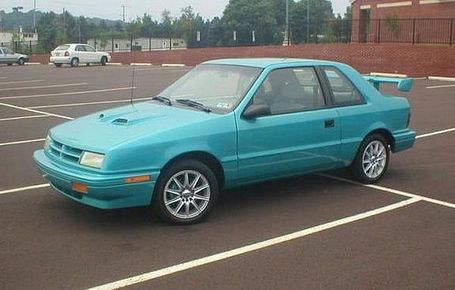 Mine looked exactly like this but without the super cool hood scoop and modified whale tale and mine did have the super-bad ground effects kit and matching teal windshield wipers. Those were the days. Thanks, Chrysler, for reminding me of my favorite teal-colored car ever!

I really am baffled that this ad only came in 44th in USA Today's Power Rankings. I guess Bill O'Reilly is right, we Americans really do hate America.

When you are the self-proclaimed coolest kid on the block, you are naturally setting yourself up for some incoming stones. And boy did Motorola deliver with their biting satire of Apple's ubiquity and conformity which was exactly the target of this famous Apple Macintosh ad from 1984. Since many of you might not have even been born when this came out, here's the original ad:

And here's the new version mocking Apple's ascendancy from scrappy outsider to Big Brother status. No, the irony of Motorola claiming to be the rebel is not lost on us either.

There were plenty of other good ones. This Audi commercial early in the game was fantastic and the NFL delivered with this bit of nostalgia as they head into a possible lockout.

What were your favorite Super Bowl ads?

And yes, we promised you boob so here.