Looks like there are some movers and shakers down in Tucson when it comes to soccer. First, the announcement of the four MLS-team Desert Diamond Cup, to be played in late February and March at Kino Sports Complex. Then Thursday's announcement that FC Tucson, the name of the organization that promotes the pro game in the city and also the name of the club that takes the pitch, was accepted into the United Soccer Leagues' Premier Development League and will begin play in 2012.

The USL is the American system of soccer competition that is structured similar to baseball's minor leagues, with a tier system of leagues that build up to Major League Soccer, the top of the U.S. Soccer Federation pyramid. The PDL is an amateur league mainly for college players during the spring and summer, and in 2011 featured 64 teams in four conferences in the U.S. and Canada.

The league allows college players to play while still maintaining their NCAA eligibility. The Kitsap Pumas of Washington state won the PDL championship for 2011.

"Playing in the PDL legitimizes FC Tucson for our fans," coach and managing partner Rick Schantz said in a prepared statement. 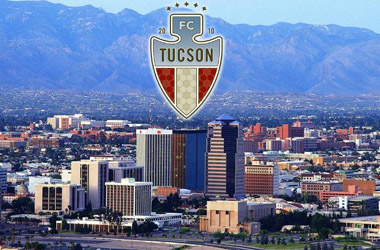 The PDL has a track record of sending top players into MLS and FC Tucson said it is committed to helping young players from California and the Southwest improve their games and play at higher levels of soccer.

FC Tucson will play a 16-game regular-season schedule at a venue to be announced. The establishment of the franchise could be an important first step toward a higher-level pro franchise in Tucson in the future.

"FC Tucson is committed to being an entertaining and competitive team in our first season and beyond," FC Tucson managing partner Jonathan Pearlman said in a statement from the PDL. "Our squad will have a great mix of local standout players as well as stars from top programs representing all levels of collegiate soccer.