A Visit To Enemy Territory: L.A. Houses Of Sport

Share All sharing options for: A Visit To Enemy Territory: L.A. Houses Of Sport

Last weekend (the one before Thanksgiving) I was in Southern California for the MLS Cup, the championship of the U.S. pro soccer league for those who don't know.

I was able to see a couple of Los Angeles sports venues I had not been so close to, the Staples Center and the Los Angeles Memorial Coliseum.

As a staunch Laker hater, Im glad the NBA wasn't in season when I went to Staples. Instead I saw the NHL's Los Angeles Kings play the Detroit Red Wings. Much like Arizona, a large percentage of the crowd was cheering for the Red Wings. But the building was impressive. And the championship banners, well, I can only envy them: 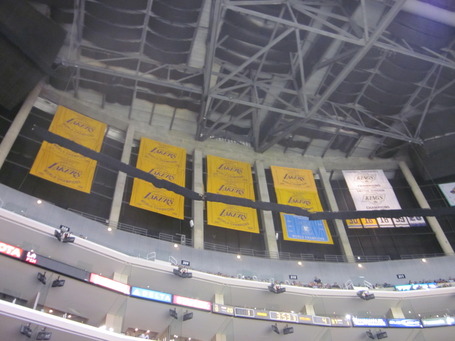 You wonder how a hockey team and two NBA teams can exist in the same building over the same months in a regular season. But there's no NBA at present, so...

When the Kings play, the arena is adorned in black. 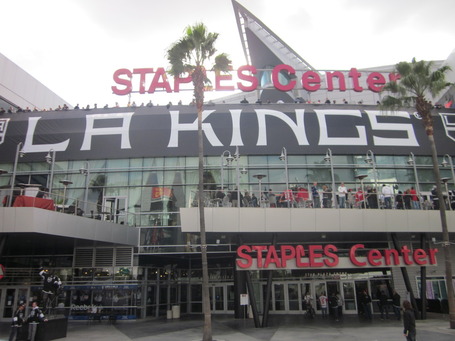 I've been to Dodger Stadium, The Forum, the Rose Bowl, Pauley Pavilion, the L.A. Sports Arena and Angels Stadium for games. But never Staples nor the Coliseum, famous for the 1984 Olympic Games. 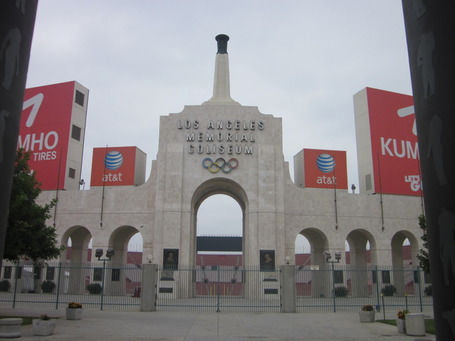 There's just no shortage of sporting venues in the L.A. area. I still have to see the Galen Center on the USC campus and a game at the Coliseum (although if I never did that would be fine, not sure if I want to give my money to USC). And the new NFL stadium has been approved, so that will be a major draw down the road.