The crowd was certainly pro-Joe and about 75% full.

Not a lot of action as the fighters poked and jabbed and missed each other repeatedly. Louis advanced more but Riggs got a take down late in the round.

The crowd was booing the two fighters for a lack of action when Riggs managed to rock Taylor with a left as he was coming in. Joe followed the strike with a take down and proceeded to pound Taylor into a TKO.

Not a very entertaining fight but effective for Riggs. 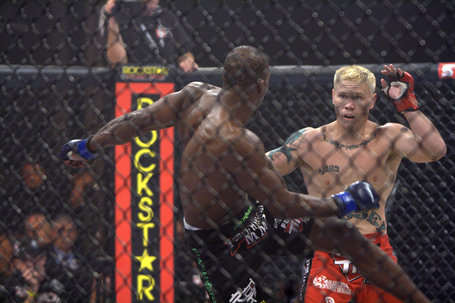 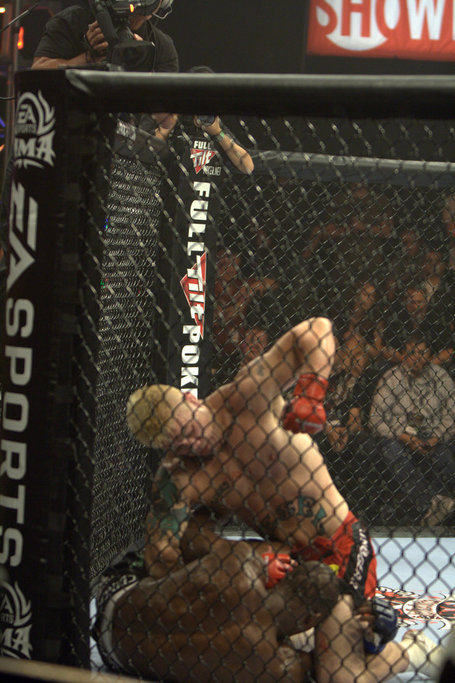