Tate clearly the crowd favorite but not all that much love for Miesha.

The two spent most of the first round on the cage trying to gain an advantage. Miesha eventually took the Finn down but Maiju from the bottom was able to work a partial choke that kept Tate from doing any real work.

In the second round, Tate landed a great front kick and the two traded standing blows. Miesha eventually got her down but Maiju defended well.

It was a fairly close fight. 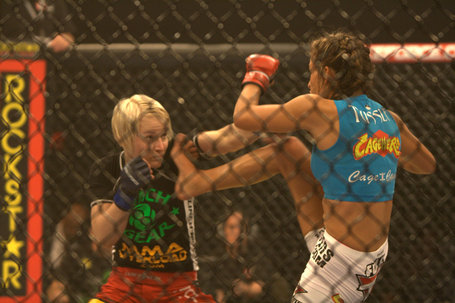 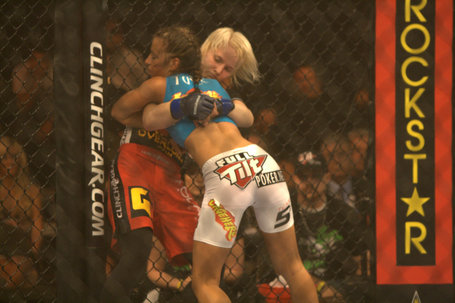 This was a much better fight. The two are energetic and skilled trading blows and dominant position. In the second round Akano was able to get Damm's arm and submitted the Brazilian. 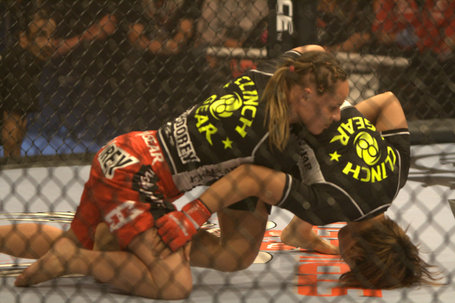 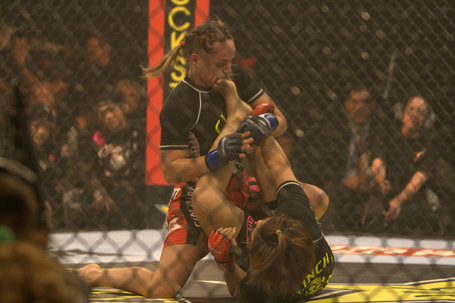