Darnell Dockett, ever the silly tweet-a-holic, has told the Twitter-savvy world he's going to tattoo his face.

He didn't give a whole lot of lurid details, but Dockett's kind of an outside-the-box sort of dude; hopefully, he'll avoid the typical nonsensical Chinese figures, barbed wire, or tramp stamps that litter the biceps and lower backs of so many of college's best and brightest.

We're an antsy group here at SB Nation Arizona, so we're not going to hesitate to speculate on what Darnell might decide to get inked on his mug.

(larger versions after the jump)

We know that double-D is the sensitive assassin type, so maybe he goes for the "happy-go-lucky dolphin swimming through a flower-laced body of water" design: 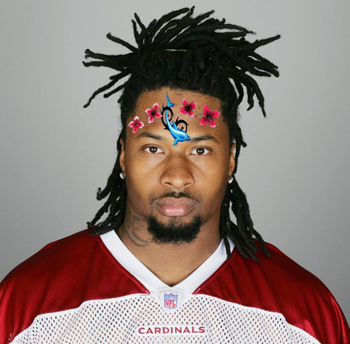 Or perhaps, in his usual straight-forward manner, he lays it all on the table for the Cards front office to see: 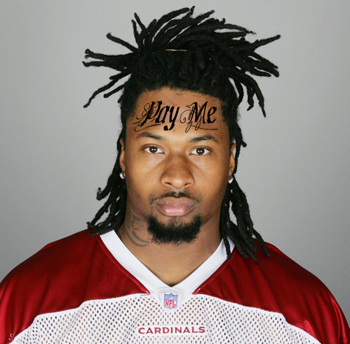 Or maybe he goes for the simple plug. It's to the point and yet classy: 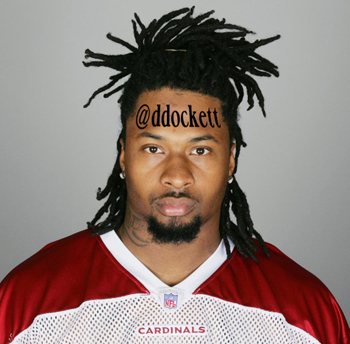