Share All sharing options for: Tour de France 2010: Are You Man Enough?

It's July in Arizona, which is one of the slowest months in the sporting year and it's 175 degrees outside, which makes finding things to do indoors a priority. Hence, the Tour de France.

For the last seven or nine years, I've been hooked on this July classic. I could watch every second of skinny dudes in colorful shirts and tight shorts pumping their way across the French countryside. Up and down mountains. Through valleys. The entire thing is an orgasm of competitive spirit. 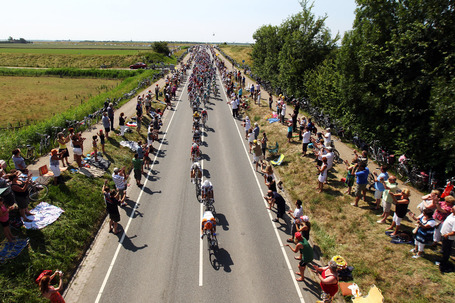 I'm no bike racing fan other than this one event. Hell, I can still barely ride my own bike. But these athletes coming together is just a spectacle that can't be missed.

They are brave and strong and the teams work together in skillful unison to propel their leader to victory at just the right moment -- it's compelling beyond explanation. You have to feel it, to believe it.

You can't hope to just watch a few minutes and understand, though. You have to invest in le Tour like a patient lover. You need to watch for days and even weeks to fully comprehend how every stroke of the pedal has a specific purpose towards achieving the greatest glory.

This is not an endeavor for those who are into fast gratification. This is a sport for those who know how to delay their satisfaction and milk the most from extended pleasures.

Give le Tour a chance... if you're man enough for it. 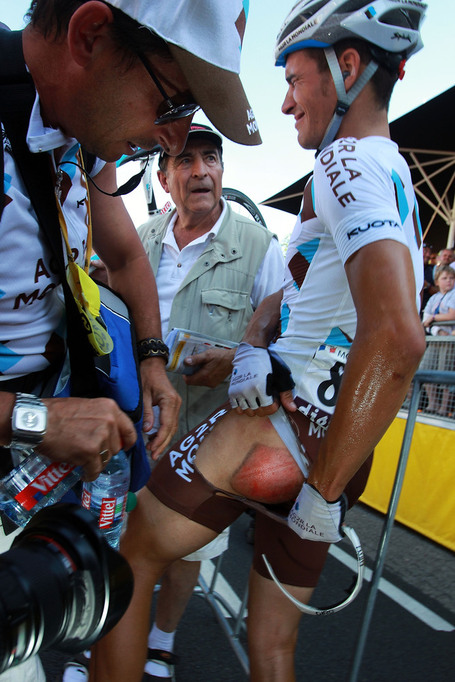 This guy rode his ass off for le Tour...(All photos via Getty Images)