Most firework shows weren't scheduled to go off until tonight, but the Phoenix Mercury and Cappie Pondexter gave fans an early jump on the weekend festivities with some explosive drama of their own.

Last night marked the return of Pondexter, a fan favorite, to the Valley after she requested a trade in the off-season. What started out as a great night for the player who was a catalyst in the Mercury's two championships turned into an ugly evening that may have revealed a lot more about Pondexter than fans ever knew.

Pondexter received her championship ring prior to tip off in a small celebration that included a video tribute to the talented guard and a standing ovation. Many fans still believed that it was the Mercury who simply shipped Pondexter off, which was the farthest thing from the truth. Fast forward to the beginning of the third quarter.

Pondexter had lit up her former club in the first half with 21 points and it was looking like a night where she and her Liberty would have the last laugh, as the Mercury continued to struggle, having dropped six straight. But in one moment, everything changed.

As Penny Taylor went to the basket on a fast break, Pondexter came flying in from the side and swung her arm across the neck of Taylor, sending her sprawling to the floor and into the basket. In both "live" action and replays, it was evident that Pondexter wasn't going for just a hard block.

She wanted to send a message. What that message is remains to be seen, since she was not available for comment afterward.

As teammate Diana Taurasi saw Taylor fly into the basket support, she raced to her aid only to have Pondexter step in and deliver a forearm to the chest of Taurasi who then immediately spun around to react. A brief melee ensued as the players all scrambled into a mass as the officials tried to pull players apart. Even during this, Pondexter managed to get another shot near the throat of Taurasi.

Truly a despicable act by Pondexter is the only way I can characterize the whole thing. What possessed her to do this is something that only she can explain. These were not only former teammates, but supposedly friends. Her actions leave many questions about her motives but also what kind of person she is.

If I'm Ann Donovan, her new coach, I'm also asking, "What in the hell were you thinking? You were controlling the game and we were riding a three-game win streak; we were beginning to gel and now your actions may end up costing you and us a playoff spot." Quite simply, it was a selfish act by Pondexter, who revealed a lot about her character.

The action also ended any goodwill she may have had with Mercury fans who are some of the most loyal fans in all of sports. It's obvious Pondexter has issues with her old club and some of her teammates, fortunately for Phoenix she's no longer their concern.

I'll be anxious to see what action the league takes against Pondexter. We know what the repercussions are in the NBA. Whatever the action is by the league, the classless display by Pondexter will also leave her own coach and Liberty organization with some questions about her leadership abilities on a team that's been lacking just that in recent years. 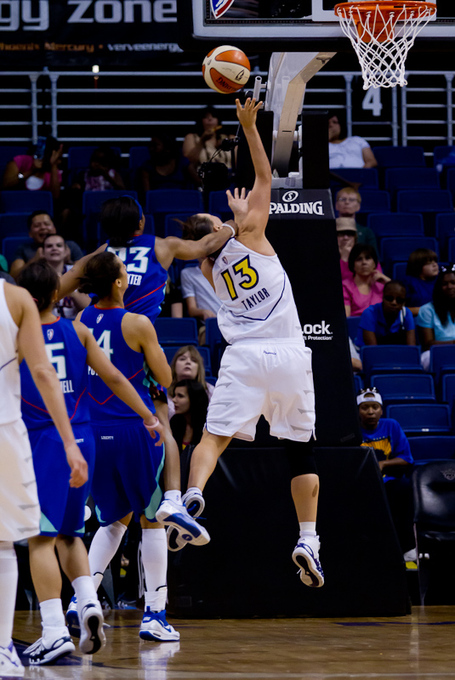