A Closer Look At Cappie's Hit With More Images

Share All sharing options for: A Closer Look At Cappie's Hit With More Images

The replay of last night's game is available on WNBA.com's Live Access. You can advance to about the 1:07 mark to see the incident.

Here's some screen shots. After seeing this from a few angles and at slow speed, it is even worse than originally described.

Cappie has absolutely no play on the ball and winds up and delivers an intentional blow to Penny Taylor's head. Then any thought of the hit being accidental is erased when Cappie doesn't even look down at Taylor and then preemptively pushes Taurasi in the upper check and neck area while Diana is running towards Taylor.

I can't recall seeing an intentional hit like that in any basketball game in a long time. A several game suspension for Pondexter is a must.

A truly shameful display from a former Phoenix favorite. I can't imagine what she was thinking. 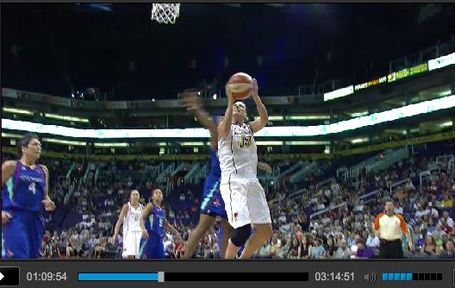 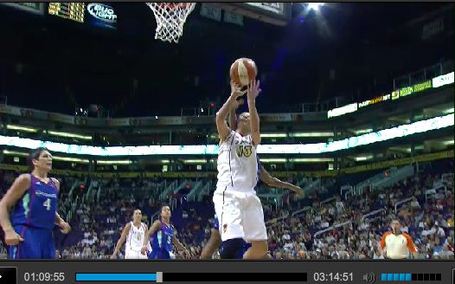 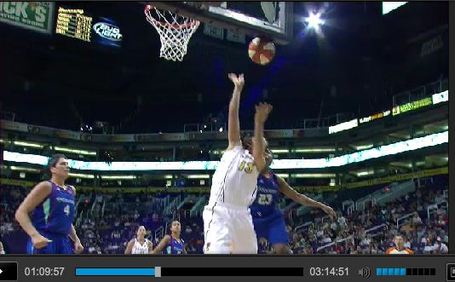 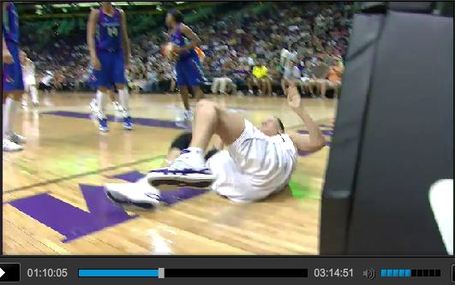 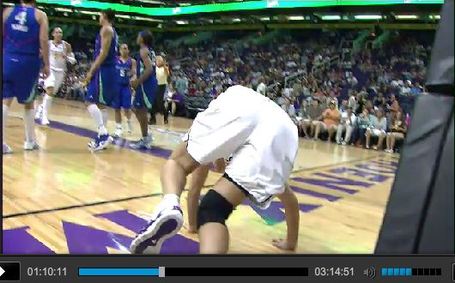